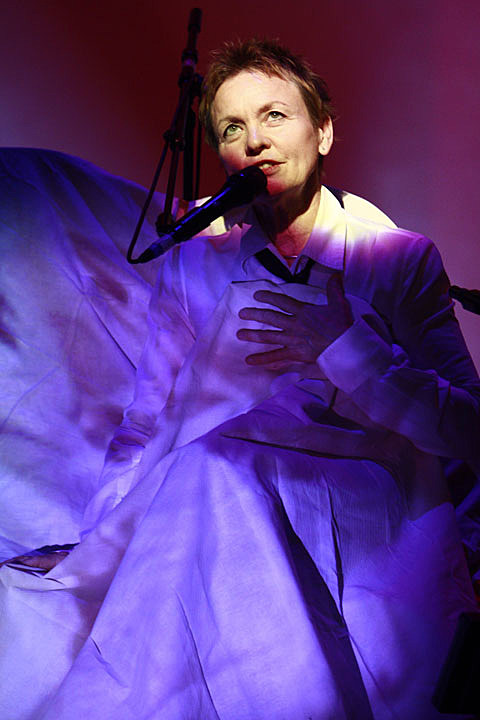 Laurie Anderson's Delusion, the first production in this year's BAM Next Wave Festival, is in effect the artist opening up her notebook to the audience. The 90-minute work recounts dreams, stories, parables, musings, jokes and melodies strung together with moody cinematic projections. Some of the stories we've heard before, like "Another Day in America," a song intoned as Laurie's male alter-ego, from her stellar LP Homeland was was released earlier this year. Others - an emotional story about the death of her mother, sharp one-liners and surreal scenarios about the afterlife - were fresh from the workshop.

Above all though, Laurie's sonorous voice, and her ability as a monologuist to travel to different places (the moon, Iceland, dreams), drove Delusion. The metronomic brilliance of the words and cadences would've been enough to propel a one-woman show in any downtown space. Here, they were supported by the projections and stage elements - one main screen in the center, with a smaller projector focused on a covered seat, and two smaller screens on either side.

Her supporting cast loomed beyond those side screens: violinist Eyvind Kang and horn & reed player Colin Stetson. Their silhouettes, namely that of Colin's unmistakeable bass saxophone, rocked steadily behind the backlit screens as they added layers to the evening's instrumental moments. The pair peaked up mainly during Delusion's chaotic interludes, when a red light washed over the stage, evoking the landscape of hell, with Anderson the Mephistophelean figure guiding the madness.

Clearly, Laurie was having a good time on stage, during the goodtime moments, with a permanent grin and a wink. The wink, as we found out, might be genetic; it also speaks to her style of communication: subtle, everyday gestures that unfold in countless ways. "Not a lot of people know this but..." one of her stories goes.

Delusion is at BAM Harvey Theater through October 3rd, every day except Monday. Tickets are on sale.

More pictures from the show are below... 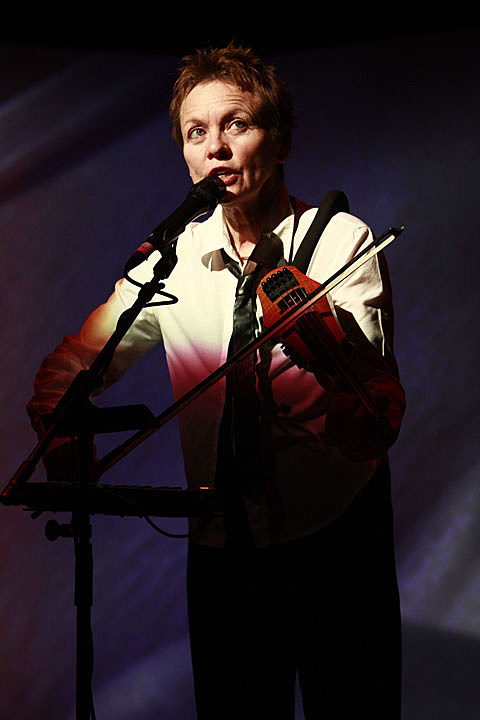 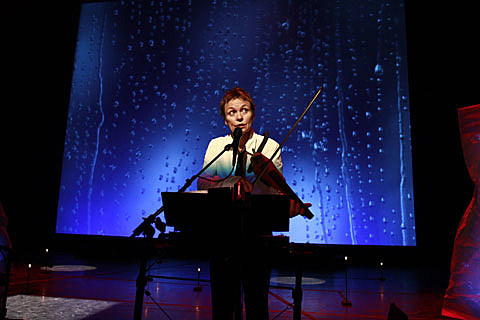 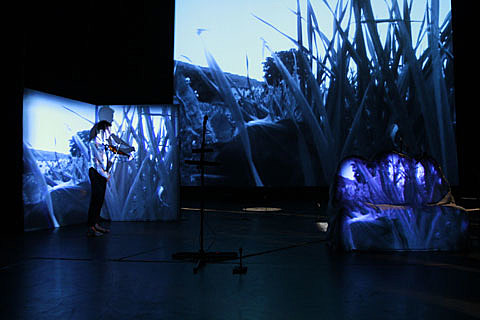 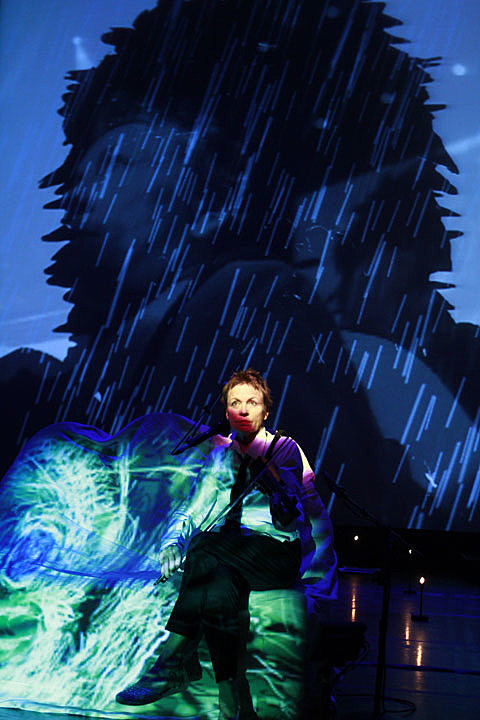