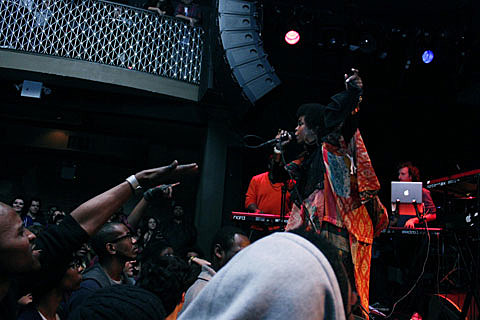 Prince and Janelle Monae (both playing MSG tonight), were among those in attendance at Music Hall of Williamsburg last night (12/28), though it's not clear what time those notable attendees got there. If they got there at 9pm, they would have waited just over three hours for Lauryn Hill to take the stage while a DJ played to a restless crowd who braved the snow and paid $75 a ticket to be there. Realizing he was the enemy by that point, the keyboard player put a sign on his keyboard that said "I was on time." Lauryn later took it down after telling the audience she was sorry. She apparently knows what people say about her because she also explained that she reworks her songs to keep them fresh.

That all aside, Lauryn played a 14-song set. One friend in attendance said she sounded great, though another brought up the previously-mentioned issue of the band overpowering her. Lauryn continues her tour at Bowery Ballroom and then the Blue Note in January. She later returns to NYC and NJ for shows in Atlantic City (1/29), Highline Ballroom (2/1 due to being postponed), and Wellmont Theatre (2/4). Updated dates, and videos, more pictures and the setlist from last night's show, below... 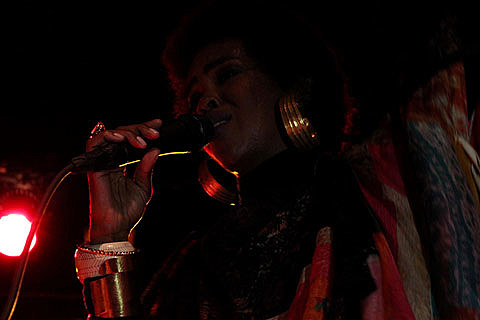 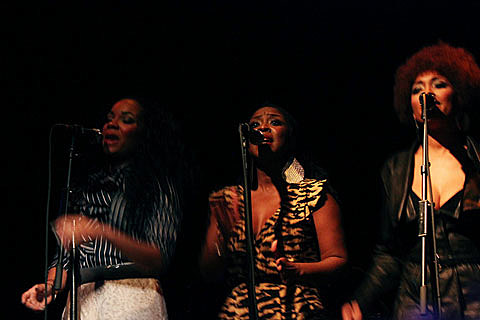 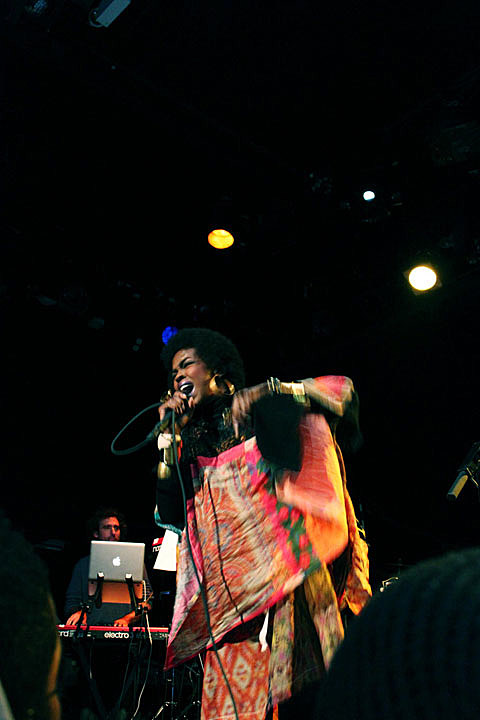 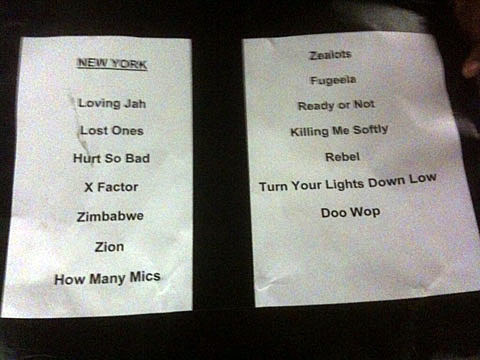