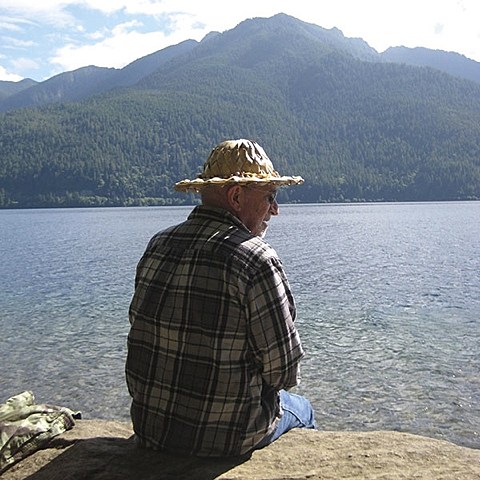 Patrick Haggerty released the remarkable self-titled album Lavender Country in 1973. It's a breezy, old-school-outlaw country record that's since been tagged as the first of its kind recorded by an openly gay man. The 10-song collection, put together with the help of the Seattle gay and lesbian community, sold 1,000 copies at the time, but the 2014 reissue by the North Carolina label Paradise of Bachelors has contributed to an unexpected resurgence. It's easy to see why: These songs are played with a great 70s country twang, and their politics resonate way past the final notes, especially in today's culture of expanding equalities...

Lavender Country, the project of Patrick Haggerty whose 1973 album is (as the quote above points out) widely considered the first openly gay country music album and was reissued this year, will be celebrating that reissue this fall on his first tour in four decades. A few dates were already announced, and now a batch of East Coast dates were added including one happening in NYC on December 10 at Bowery Ballroom. Tickets for that show go on sale Friday (9/26) at noon.