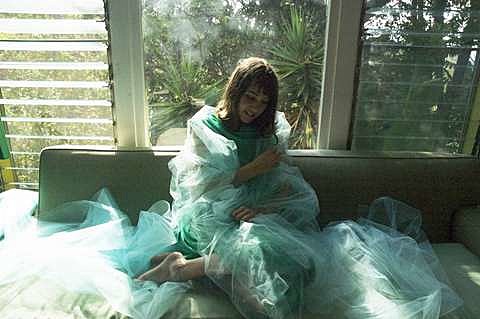 It's been so long since we'd heard from Lavender Diamond I'd assumed they'd broken up. The L.A. band made a splash in 2007 with their debut album, Imagine Our Love, and anyone who saw them play live around that time remembers it. At least they remember singer Becky Stark, a classically-trained tenor soprano whose voice is mesmerizing. Her stage demeanor is also, let's say, eccentric. But that voice.

Well it turns out Lavender Diamond are still together and have a new album, Incorruptible Heart, which is out September 25. You can stream two tracks from the album below, one of which ("Oh My Beautiful World") is downloadable at Lavender Diamond's website.

All Lavender Diamond tour dates are below, along with the two song streams.