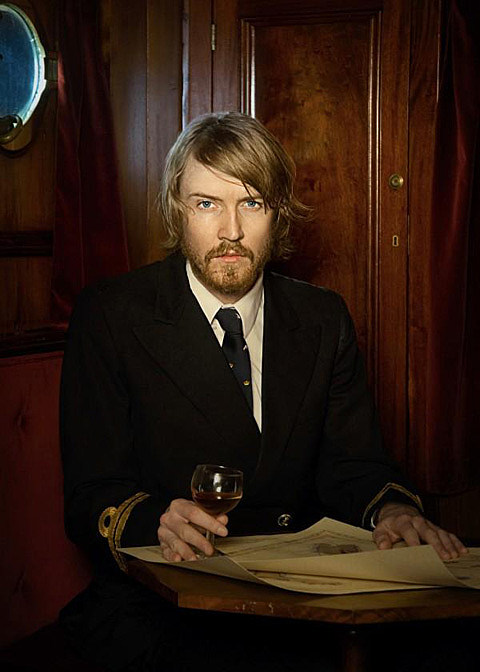 Kiwi popsmith Lawrence Arabia (real name James Milne) is back in NYC for CMJ (last here with Crowded House), playing a few shows -- the first of which is today's (10/19) early evening New Zealand showcase at Le Poisson Rouge. He's on at 6PM and the show is FREE but you do need to RSVP if you don't have a CMJ badge. (Free booze of some sort too, apparently.) The rest of the NZ line-up is Zowie (who is also playing the Fader Fort and Fat Baby on Friday), Kids of 88, Street Chant, Ruby Frost and Electric Wire Hustle.

Lawrence Arabia's excellent second album, Chant Darling, was released early 2010 on the Bella Union label and ranges from gentle folk to ELO-style orch-pop. You can download two tracks from the album at the top of this post. It's really charming, tuneful stuff. In addition to his solo work, Milne has also spent time in the Brunettes, Ruby Suns and as a touring member of Okkerville River.

Some Lawrence Arabia music videos, the flyer and stuff, below... 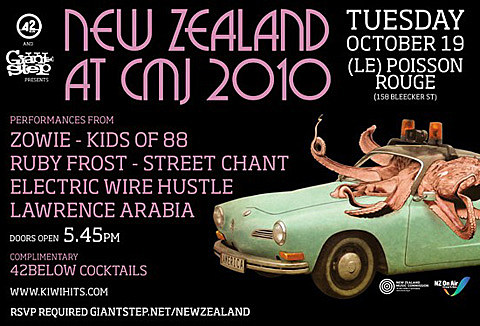 WHO: 42 Below & Giant Step present performances by Zowie, Street Chant, Kids Of 88, Electric Wire Hustle, Ruby Frost and Lawrence Arabia. Brought to you by NZ On Air and the NZ Music Commission.