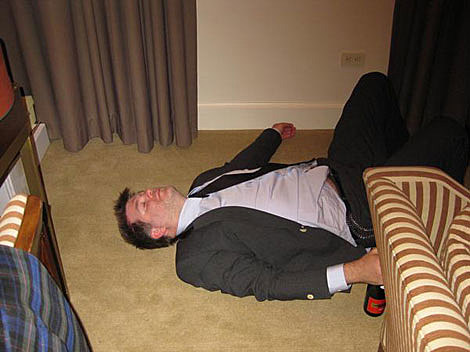 LCD Soundsystem has confirmed May 18 as the U.S release date of its as yet untitled third album. The record will be released on DFA/Virgin in the U.S. and will consist of the [the songs listed below]:

The record's release will be supported by a world tour beginning with an April 16 penultimate slot at the Coachella festival in Indio CA and continuing with a run of UK/Europe headline dates (several of which have sold out well in advance and necessitated added dates) and further worldwide festival appearances.

One of those other festival dates is the just-announced Camp Bisco. Album tracklist and all dates below...

It was recorded at The Manshun in Los Angeles and the DFA studios in New York and mixed at DFA from April 2009 through February 2010. TBD was written and produced by James Murphy. Additional mixes were done by Dave Sardy as indicated (*).