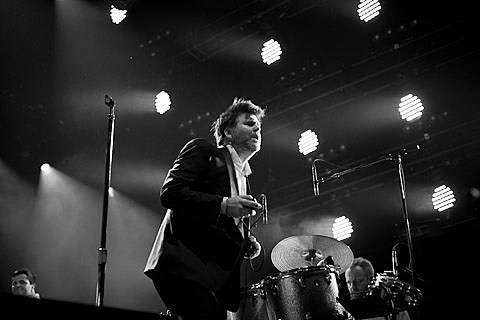 It feels like that "final" LCD Soundsystem show was just yesterday (maybe because they keep milking it?) but they might already be set to reunite. There's no official announcement, but Consequence of Sound says:

Multiple sources have confirmed to Consequence of Sound that LCD Soundsystem are planning a comeback in 2016. As we hear it, the band will headline at least three high-profile music festivals in the US and UK, with an official announcement expected soon.

Could this be true? It doesn't really seem like James Murphy's style. We shall see.

UPDATE: Reputable music biz trade mag Billboard are also saying that a "well-placed source" confirms to them that LCD are "definitely reuniting" in 2016. DFA employees are denying it, but we're also hearing that it's true!