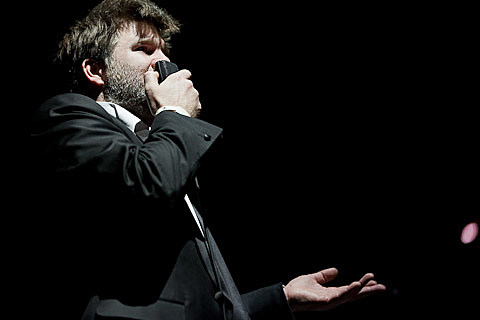 The New York Times is reporting that LCD Soundsystem will be reforming for Coachella 2016, along with Guns & Roses. They report it as fact -- no "sources say" language -- though "A spokesman for LCD Soundsystem declined to comment." With the new song "Christmas Will Break Your Heart" released on Christmas Eve, not to mention strong rumors swirling for a couple months, this may not be too surprising.

As for Guns N' Roses, we may find out who exactly will be in the band, as Axl Rose will apparently be a guest on The Jimmy Kimmel Show at some point next week. As they say, stay tuned.