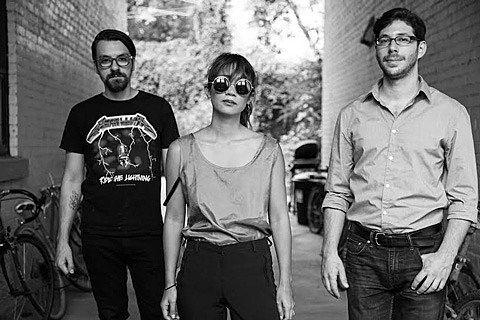 Montreal trio Le Couleur take elements of disco, electro and francophone styles, add a bit of glitter and voila: an appealing, danceable sound. The group have a couple records out already, most recently 2013's Voyage Love, and will be back with a new EP, titled Dolce Desir, in February. (Pre-order it now.) The single from it, "Concerto Rock," is out this week and is a sleek little groover, part Giorgio Moroder, part Francoise Hardy. The video, directed by Ganesh Baron Aloir and Julien Manaud, makes its premiere in this post and you can watch it below.

If you happen to be in Montreal this week for M for Montreal, you can catch Le Couleur there on Friday (11/21) at Club Lambi.