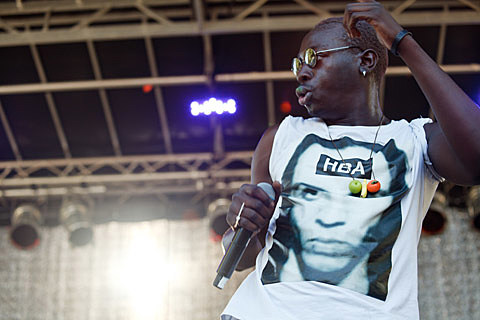 Future-rapper Le1f, who just joined his pal Blood Orange at 285 Kent last week (11/15), will be over in Australia this December for a couple festivals, including Slanted and Enchanted and Meredith Music Fest. But upon returning home, he'll do a NYC show just before the new year at Brooklyn Bowl on December 28. Tickets for that show are on sale now, and special guests TBA. It's his only announced US date at the moment.

Le1f also appears, along with likeminded rapper Mykki Blanco, on UNO-affiliated R&B singer Ian Isiah's new mixtape, The Love Champion. Production on the tape comes from Brenmar, Gobby, Sinjin Hawke, Royal, ShyGuy, and Boody. You can stream it in full below, and download it for free (legally) at Mediafire.