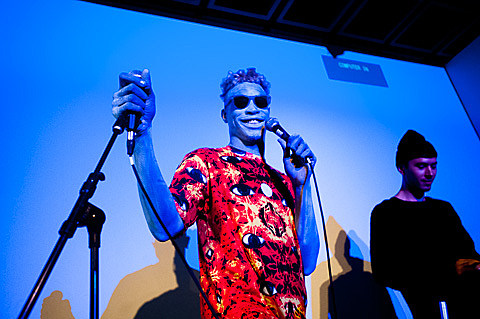 NYC rapper Le1f recently released his new EP, Hey (his first for Terrible Records/XL) and he's now got some upcoming shows too. Two of those shows happen in his hometown, including the Brooklyn Artists Ball Dance Party at Brooklyn Museum on April 16 with Brenmar. That party goes from 10 PM to 1 AM, and also includes an exclusive exhibition preview of Ai Weiwei: According to What?. $100 tickets are on sale now, and proceeds benefit the Brooklyn Museum's special projects and programs. More info here.

Then, Le1f plays a more conventional show on May 29 at Music Hall of Williamsburg. Tickets for that show go on sale Friday (4/11) at noon.

All dates are listed, with the tour flyer and video for "Boom" from Hey, below... 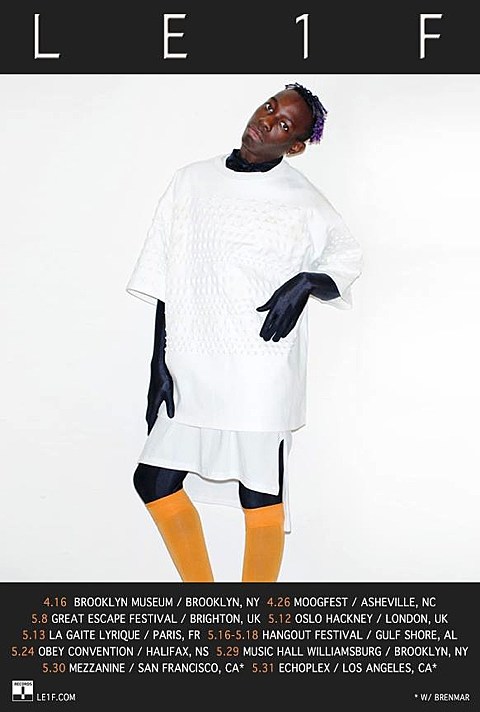