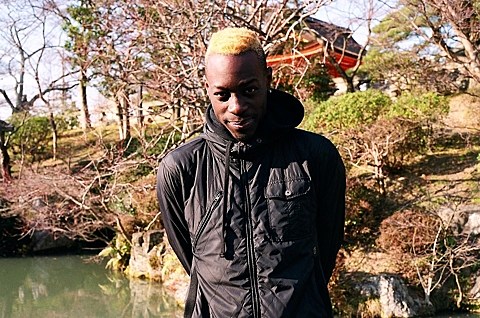 The Whitney Museum is currently hosting the Blues for Smoke exhibition, which will be up through April 28. The exhibition "explores a wide range of contemporary art through the lens of the blues and blues aesthetics." In conjunction with that exhibition, they are also presenting a festival this weekend with performances and events. On Friday (4/5), former Das Racist member Kool A.D. will team up with Mykki Blanco for a show at 6 PM. Then on Sunday (4/7) between 1 and 4 PM, the other two former Das Racist members Dapwell and Heems, will play with another rapper, Le1f, and psych freaks Prince Rama.

In addition to the two hip hop oriented shows, there will be a show on Saturday from Brooklyn soul ensemble King Holiday. The performances on all three days will be spread out into small, unconventional spaces rather than in a concert space, and will be accompanied by projections. All performances are free with museum admission.

Mykki Blanco recently played the official BrooklynVegan SXSW showcase, and his tour brings him to Bowery Ballroom tonight (4/2) for a show with DJ MikeQ, Rizzla, and Ian Isiah. Tickets for tonight's show are still available.

Meanwhile, Le1f has another hometown show coming up as part of the Red Bull Music Academy NYC residency. His show takes place on May 7 at Glasslands with Laurel Halo, Venus X, Spank DJs, The Peronists, Crazy Bitch In A Cave, :PAPERCUTZ, and a "very special guest." Tickets for that show are still available.