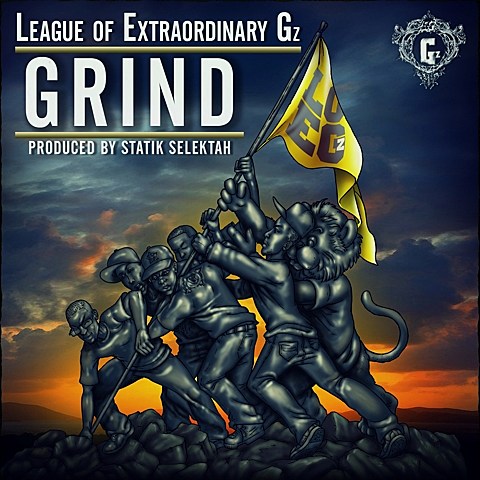 Austin rap collective League of Extraordinary G'z are a relatively new group, but they harken back to a past era of southern hip hop, at times recalling classic groups like Outkast, Goodie Mob, Geto Boys, and the early trap rap of T.I. They just released their debut LP, #LeagueShit (it's on iTunes), which featured from a few actual vets, including Dead Prez and GZA collaborators Grupo Fantasma.

LOEGz are now revealing a non-album track, "Grind," which was produced by Statik Selektah, who has provided old school-style beats for other recent '90s devotees like Action Bronson and Freddie Gibbs. That track makes its premiere in this post, and you can listen to it below.