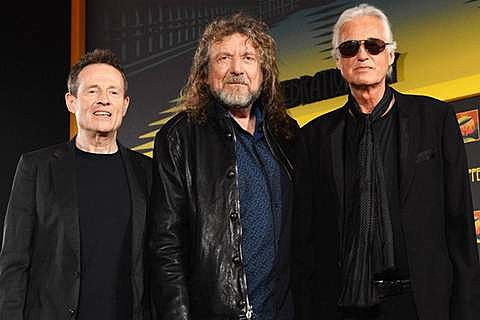 Led Zeppelin are releasing their new concert film/album, Celebration Day, which documents their show at London's O2 Arena (12/10/07) from their 2007 reunion tour. The film gets its theatrical release on October 17 and comes out on November 19 on CD/DVD/Blu-Ray via Swan Song/Atlantic and there will also be a deluxe edition with bonus material. It will screen in NYC at 6:30 PM and 9:00 PM at Sunshine Cinema. Tickets for those screenings are on sale now. A list of all theaters that the film will screen at can be found at Zeppelin's site. The film trailer and tracklist are below.

But you won't have to wait that long to see it because Celebration Day will make its US/world premiere in NYC on October 9 at Ziegfeld Theater in Manhattan. There will also be a press conference earlier that day at MoMA with the three surviving members of Led Zeppelin -- Robert Plant, Jimmy Page, and John Paul Jones -- and the late John Bonham's son, Jason Bonham. All premiere dates (London, Berlin, and Tokyo included) are listed below.

In related news, Jason Bonham's Led Zeppelin Experience is going on tour and hitting the NYC area for shows on November 14 at Capitol Theatre and November 15 at Wellmont Theatre. Tickets for the Cap show and the Wellmont show are on sale now.

A list of all dates and the Celebration Day trailer are below, plus some classic videos so you can get the led out. 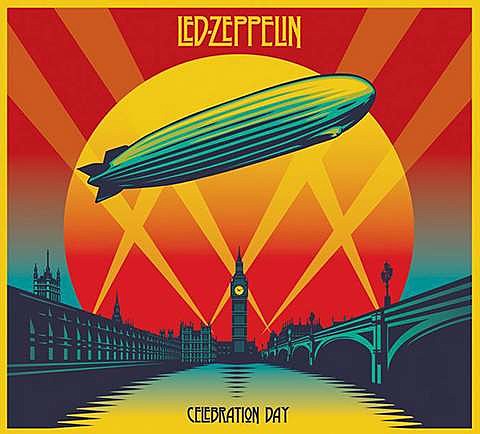