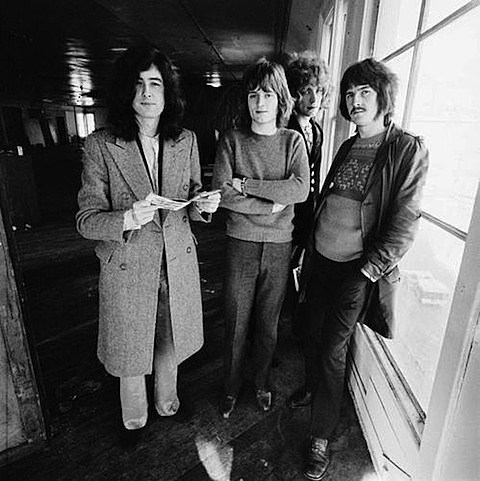 The deluxe-edition of Led Zeppelin is set to feature a live recording of their October 10th, 1969, gig at the Olympia in Paris. II includes alternate mixes of five LP tracks, the previously unreleased "La La," and the backing tracks for "Thank You" and "Living Loving Maid." III's deluxe treatment boasts seven-studio outtakes of album tracks alongside three never-before-released instrumentals. According to Rolling Stone, they're also working on a limited-edition "Super Deluxe Boxed Set" of each album that includes all of the audio on CD, vinyl, as well as a high-definition audio download card, a hard-bound book, and a high-quality print of the album cover. The first 30,000-copies will be numbered, and the special edition also contain a replica of the band's original Atlantic press kit.

Check out the tracklistings for the bonus material below...

All tracks recorded live at the Olympia in Paris on October 10, 1969