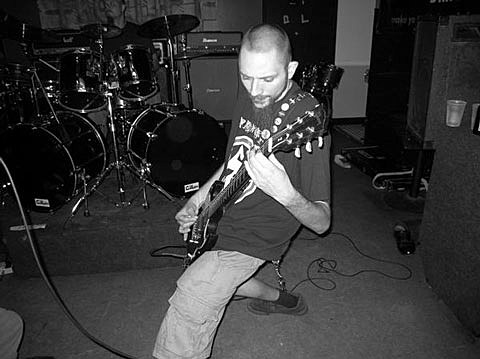 on April 16th 2010, Lee Altomare passed away due to complications from eye surgery.

We are all deeply wounded, white and shaking with shock, by this sudden loss of our great friend. He brought us all together. He brought out the best in us, enabled and encouraged us to be at our absolute best in music and life. I personally cannot imagine being where i am today without all Lee put together.

I say all this with zero hyperbole, and those who knew him best no doubt feel the same way we do at this moment. Our hearts go out to his amazing family and all his friends, as well as anyone whose supported us in the last 6 years. Know that Lee loved, appreciated, and cared about all of you very much, as do we.

we are overwhelmed by the outpouring of support and condolences from everyone. We all truly appreciate it.

like already said, we're going to miss him greatly. there's really nothing more i can say than that. he was our best friend, and we'll miss making music with him, but more than that we're going to miss just chilling with him, complaining about the state of everything, ogling young ladies, and making fun of people with him.

we'll'll be sure to keep everyone updated on everything that happens. anything that we decide to do will be with Lee in mind, and probably always will be.

We didn't know Lee personally, but we definitely knew his face, not just from the band, but also from being a regular at NYC shows. BBG saw him all the time. Unearthly Trance posted a statement on Lee's passing, and a new song:

Lee was a guy that Jay and I both knew since the 1990's Long Island Hardcore days. I considered him an ally as we always were the ones who were at the sludge,underground metal,grind,doom etc. shows in the late 90s/early 2000 up until the present. Whenever I was at a killer show Lee wouldnt be far away enjoying the same band I was there to see. One of the first UT shows ever was in Lees back yard and just as we set up with full stacks ready to blaze, the cops came. But my best memory was getting the opportunity to jam with him last year. We were going to do a sludgey hardcore band called "nøwhere". Well the project kinda went nowhere due to all of us being busy, but it was a great fun time. It was like jamming with no worries and just for the joy of it all. Ill miss you bro. - R

I posted a jam from that day on our page for people to hear as I feel its best to honor with with a document of a shared moment.

The Communion was scheduled to play The Charleston on May 21st with Ingrowing, Flourishing, Backslider, and Buckshot Facelift. They're also on the bill of Maryland Deathfest later that month.

The band also posted: "all of you who wish to pay your respects to Lee; the funeral will be at the Arthur S. White Funeral in Bethpage. 234 Broadway. Mon 2-5 and 7-9:30. we hope all who can make it will be there." 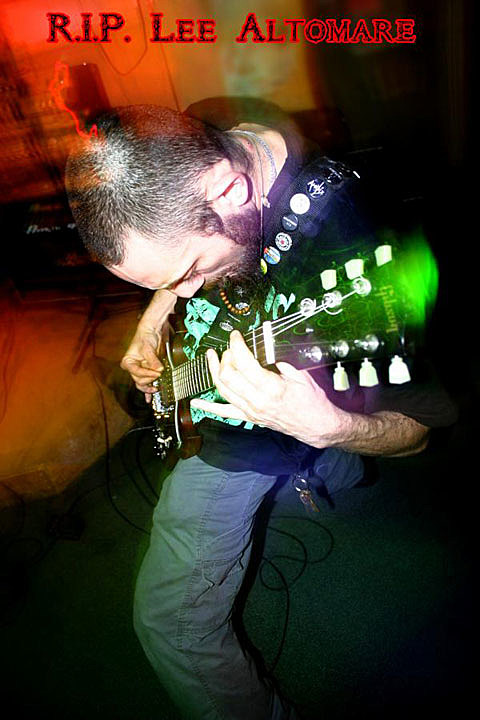