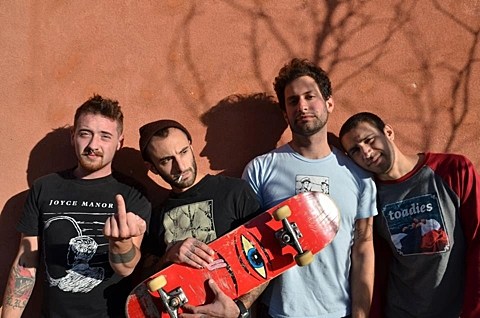 Portland, OR's Lee Corey Oswald (a band, not a person), who have recently played hometown shows with The Lawrence Arms and The Menzingers, and have one coming up with The Hotelier, will be leaving town and heading east in March on a tour with Boston punks Choke Up. That tour hits Brooklyn on March 28 at Suburbia (330 Melrose St). All dates are listed, with the tour flyer, below.

The band say they have a new album coming, though no real details or any music from that has surfaced yet. But in the meantime, you can check out their half of their split with Three Man Cannon that came out on Black With Sap last year. On those six songs, they've got lo-fi basement punk, shaky vocals, and slight folky tendencies that Desaparecidos fans may find themselves liking. It's definitely enough to make me curious about what they'll do next.

Listen to their half of that split, with the list of dates and tour flyer, below... 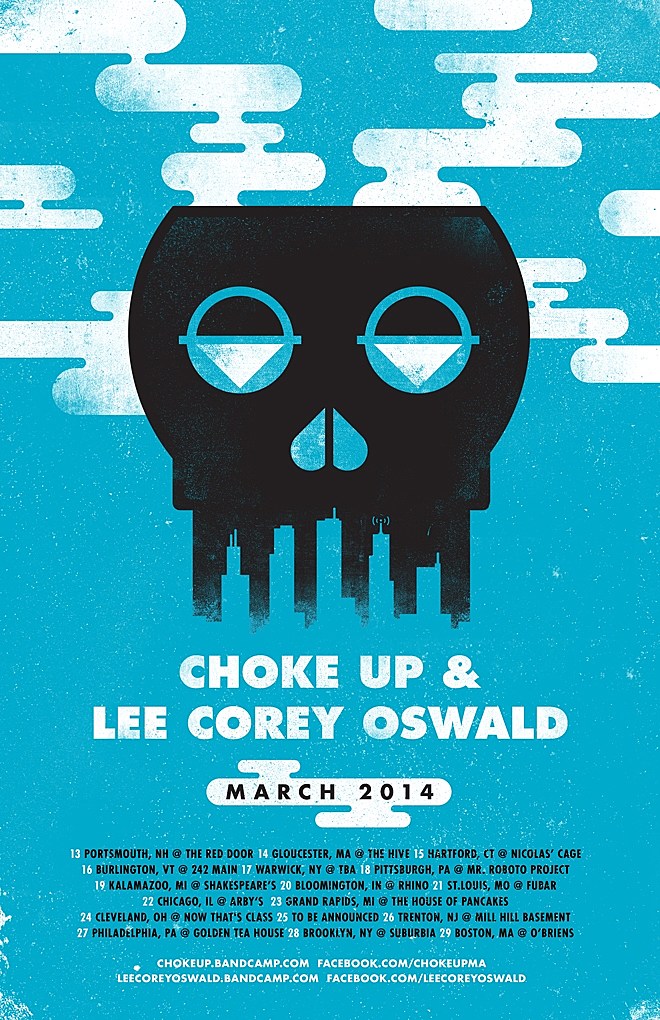