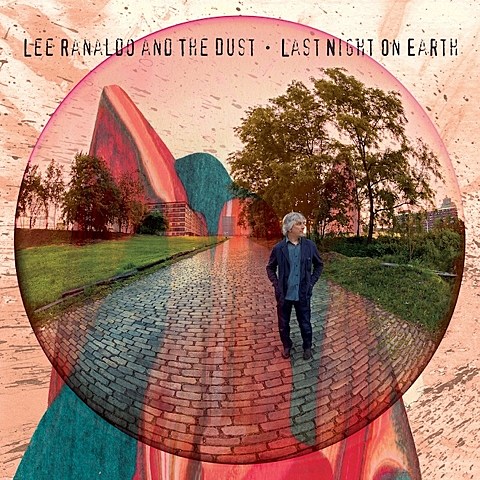 Sonic Youth's Lee Ranaldo and his band The Dust, who played one of the last-ever Maxwell's shows, recently announced their new album, and since we last spoke, more details on that album have been announced. It's called Last Night on Earth and it will be out on October 8 via Matador. Lee also just released the first single, "Lecce, Leaving," which should appeal to anyone who liked his last album, Between the Times and the Tides, or his poppier Sonic Youth offerings. You can stream that below, along with the tracklist, and that's the album artwork above.

Lee Ranaldo and the Dust will also be supporting the new album with a previously discussed tour, which, as mentioned, hits NYC on October 25 at The Bell House. Tickets for that show are still available.

Song stream, tracklist, and the list of all tour dates, below...