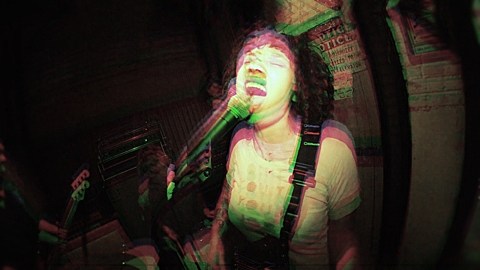 Philly's Legendary Divorce include members of Ladder Devils, The Minor Times, and surprisingly enough, The Starting Line, but the latter's shiny pop punk is nowhere to be found here. They're named after a Nirvana lyric and actually formed as a Nirvana tribute band at first, and similar to Ladder Devils, AmRep-style noise rock is a big influence too. They recently put out their debut EP, Make Me, on Reptilian Records (Pg.99, Fight Amp, Clockcleaner), and the video for its song "Easy" premieres in this post. Check it out, with a stream of the whole EP, below.