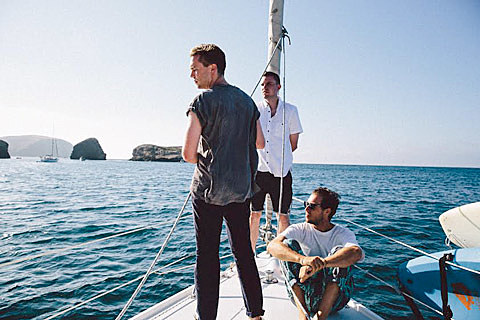 NYC synth trio Lemonade will release their new album, Minus Tide, next week (9/9) via Cascine. Continuing to hone their style, the new LP is perhaps their most focused yet, matching '80s pop smarts to an effervescent balearic production. New single "Reaches" is a good example of this, a minimal slowjam where every element is given its chance to shine. It makes its premiere in this post.

Lemonade will celebrate the release of Minus Tide with a show at Baby's All Right on September 12 with Starchild and DJ Mike Simonetti also on the bill. Tickets are on sale now. Shortly after that, Lemonade will be on tour with French singer Yelle, including NYC's Irving Plaza on October 10 (tickets).

All tour dates are listed, along with the new song stream and another off the album, below...