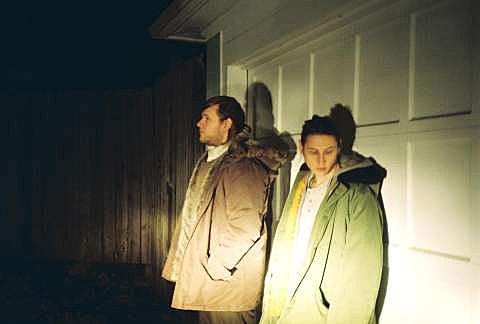 Brooklyn's Lemonade, whose new album Diver comes out later this month via True Panther, will play a local show at Music Hall of Williamsburg on June 2 with Teengirl Fantasy and Elite Gymnastics. Tickets go on sale Wednesday (5/16) at noon.

The MHOW show will be the first NYC show for Minneapolis K-Pop influenced electronic duo Elite Gymnastics, who just wrapped up a tour with Sleigh Bells and Javelin. They've got a bunch of free releases on their tumblr, including the recently released RUIN 3, which compiles covers and remixes of tracks from the impressive RUIN 1 and 2, which have since been combined for a not-free vinyl release on Acephale. RUIN 3 includes remixes by CFCF, LOL Boys, and Physical Therapy and a cover by How to Dress Well, all of which you can download above or stream below. It also includes remixes by Natalie Bootleg and Anime Skyscraper, the latter of which you can stream below.

Their next release, RUIN 4, is available for pre-order at the Acephale webstore as a bundle with poster, buttons, and t-shirt. The CD includes two previously unreleased tracks from the RUIN sessions, all of RUIN 3, and more TBA.

Speaking of Sleigh Bells, they've announced a set of July tour dates that include Making Time 12th Anniversary HYPER-RAGER in Philly. All dates are listed, along with the above-mentioned streams, below...

How To Dress Well - "Here In Heaven 3" (Elite Gymnastics Cover)

Elite Gymnastics - "So Close to Paradise"