Evan Dando at The Bell House (more by Graeme Flegenheimer) 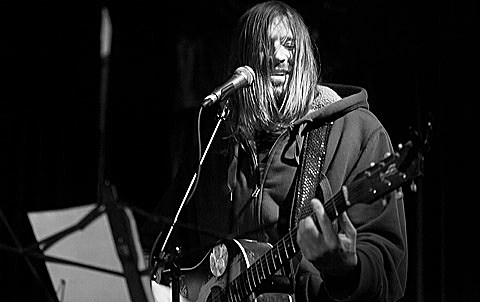 Evan Dando & The Lemonheads have a few random upcoming dates scheduled. The Lemonheads will share a bill with The Canon Logic on April 28th at Maxwell's in Hoboken. Tickets are still available. You can also catch Josh Lattanzi of The Lemonheads at Bowery Ballroom on May 26 & 27 as part of the Bob Dylan tribute that will also include members of the Strokes, Hold Steady, etc, etc.

All other upcoming Evan Dando dates are in other countries at the moment, including a June 16th Evan & Juliana Hatfield show in Toronto for the NXNE festival which, like Brooklyn's own multi-venue festival Northside, recently expanded its lineup. Some of the other bands playing are in the title of this post. The rest are listed below.

All Dando-related dates and some videos below too...

NORTH BY NORTHEAST (NXNE) announces the second wave of bands for the 17th edition of the festival, taking over Toronto June 13-19, 2011. Tickets are now available online at www.nxne.com.

The Lemonheads on Letterman -"It's a Shame About Ray"