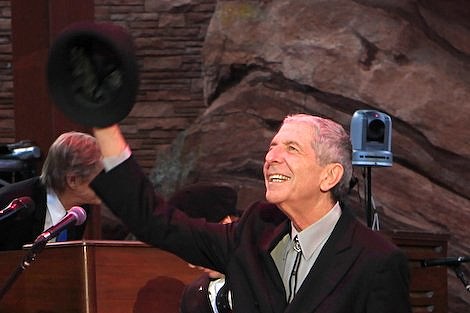 After returning to the stage in 2008 and going on to headline Madison Square Garden, Leonard Cohen has announced his return one again, and it just keeps getting bigger. Dubbed part the "Old Ideas World Tour 2012", a set of North American dates have been announced in support of his new album. Kicking of in Austin on Halloween, LC will end things in NYC this winter with not just a December 18 Madison Square Garden show, but one on December 20 at the new Barclays Center as well! Tickets for Canadian dates go On sale starting May 11 and U.S. dates go on sale starting May 18.

LC joins Rush, Andrea Bocelli and Jay-Z on a list of artists scheduled to play the Barclays Center so far.