Leonard Cohen at Barclays Center in 2012 (more by Gretchen Robinette) 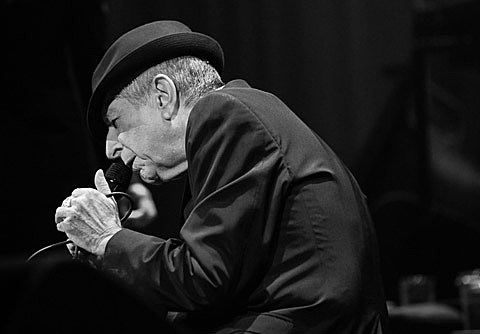 Musical and poetic legend Leonard Cohen made a great return last year with his new album, Old Ideas, and a massive tour that brought him to NYC for shows at Madison Square Garden and Barclays Center. He's now set to follow that with an international tour in 2013 that brings him back to NYC for a show on April 6 at Radio City Music Hall. Tickets for that show are not on sale yet but check ticketmaster for updates.

A list of all dates (including a Wallingford, CT show) and the video for "Show Me The Place" below...

Leonard Cohen - "Show Me The Place"