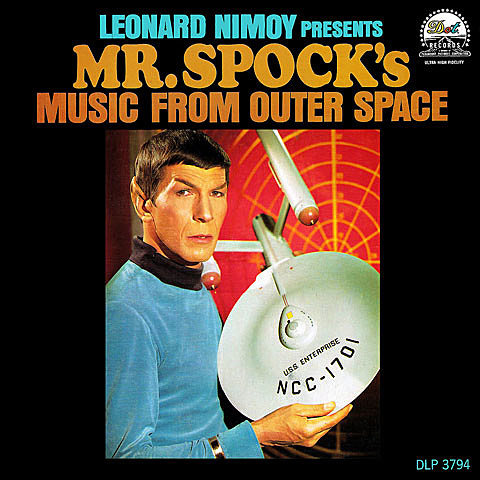 Leonard Nimoy, the sonorous, gaunt-faced actor who won a worshipful global following as Mr. Spock, the resolutely logical human-alien first officer of the Starship Enterprise in the television and movie juggernaut "Star Trek," died on Friday morning at his home in the Bel Air section of Los Angeles. He was 83.

Mr. Nimoy announced last year that he had the disease, which he attributed to years of smoking, a habit he had given up three decades earlier. He had been hospitalized earlier in the week.

His artistic pursuits -- poetry, photography and music in addition to acting -- ranged far beyond the United Federation of Planets, but it was as Mr. Spock that Mr. Nimoy became a folk hero, bringing to life one of the most indelible characters of the last half century: a cerebral, unflappable, pointy-eared Vulcan with a signature salute and blessing: "Live long and prosper" (from the Vulcan "Dif-tor heh smusma"). [NY Times]

Well that is sad news for Trekkies, Trekkers, Federation members, Klingons, Romulans and just about everyone else. In addition to his role on Star Trek (which he reprised for JJ Abrams' reboot), Leonard Nimoy was also a castmember of Mission: Impossible, and was a memorable murderer on the 1973 Columbo episode, "A Stitch in Crime." He was also a director, having helmed Star Trek III: The Search for Spock and Star Trek IV: The Voyage Home, as well as 3 Men and a Baby. He also, like his pal William Shatner, made a few albums in the late '60s, like 1967's groovy Mr. Spock's Music From Outer Space, which you can stream -- along with a few other songs and the "video" for his song "The Ballad of Bilbo Baggins," below.

He lived long and prospered. Leonard Nimoy, you will be missed. RIP.