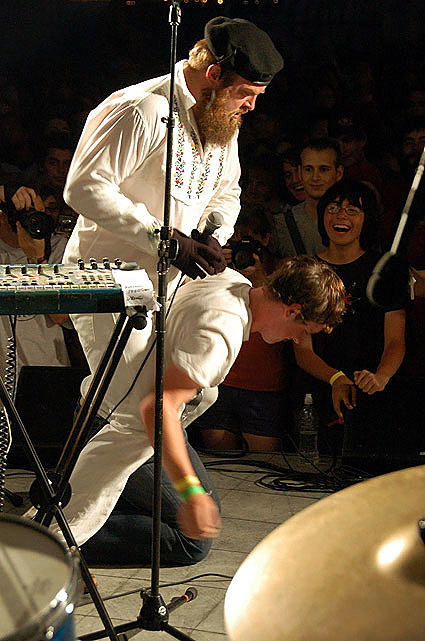 As has been said, and will probably be said some more, the idea of Les Savy Fav being added to the bill of Arcade Fire & LCD Soundsystem @ Randall's Island is pretty awesome (and true). Tickets for the October 6th show are still on sale - as are tickets to Les Savy Fav's other two upcoming NYC shows.

In related news: I posted something last week about upcoming Metric shows, and how Emily haines contributed some piano (yes, just piano) to the new Les Savy Fav record. Well, since then her tour dates became more official and announced, so those (along with the latest Arcade Fire tour dates) are below....

"Metric has spent much of the summer in pre-production at Toronto's Giant Studios (co-owned by Shaw and Death From Above 1979's Sebastien Grainger), and looks forward to recording the new album in November and December."

"Last Gang Records' newest signing, Toronto-based 8-bit thrashers Crystal Castles, will open all the shows up to October 3rd (as well as San Francisco on the 6th)."