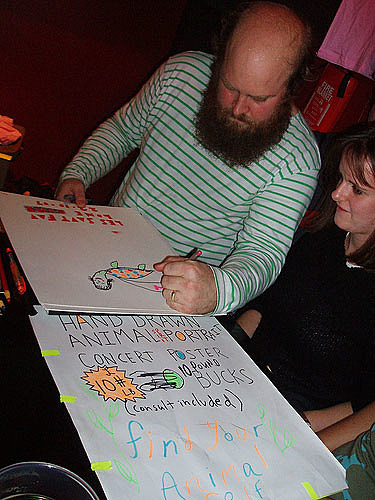 Les Savy Fav have announced yet another NYC show this year....or is it next? New Years Eve, Bowery Ballroom, NYC, Late (after Patti Smith gets out of there). More details TBA soon. Tim Harrington became a mosquito for Nothing But Nets (watch the top video). That hot on the heels of his job rejection at AOL. All tour dates below...