Many times a controversial story pops into my Inbox or browser. My first thought is to post it. My second thought says to do some more research...form a conclusion. That's when it enters the ever-so-dangerous (never actually going) TO-DO list.

In the name of cleaning off that list, here's the first in a series of slightly out-of-date controversies in "list of quotes & links" format. Talk about it in the comments... 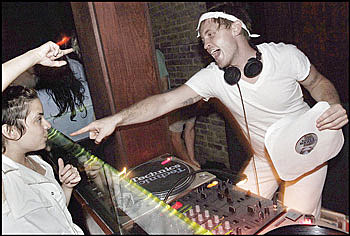 "For those who can't be bothered to click the above link and read the article, I'll sum it up here. 'Kill Whitey' is the name given to a series of monthly hip-hop themed parties staged in Williamsburg for large groups of wealthy, white hipsters too frightened to darken the door of real hip-hop clubs at which they might actually run into a real, live black person...." [Brainwashed] 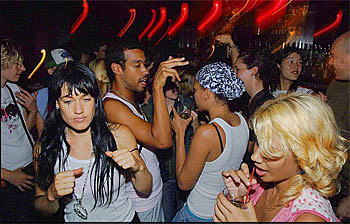 "Honestly, the core people who have been coming to Kill Whitie have been coming for four years. I've known a lot them from Atlanta, that's just the music they listen to. It's about dancing and it's a very sincere thing. People come to Kill Whitie ready to dance, and they're so amazed at how many people are actually dancing in a city where nobody dances, where you can't dance." [The Pumpsta to Riff Raff] 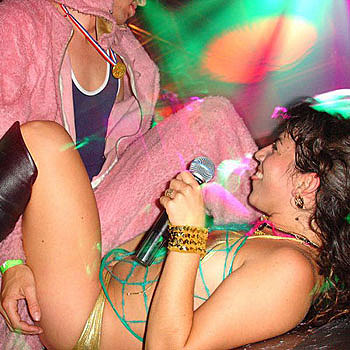 "I've been saying for years that irony is now the last refuge of a coward. A singularly dishonest and deluded sort of coward who imagines his behavior a mark of courage, as he fearlessly refuses to take anything seriously." [HipHopMusic.com]

BONUS 2: Kill Whitie & TV on the Radio team up to save Williamsburg