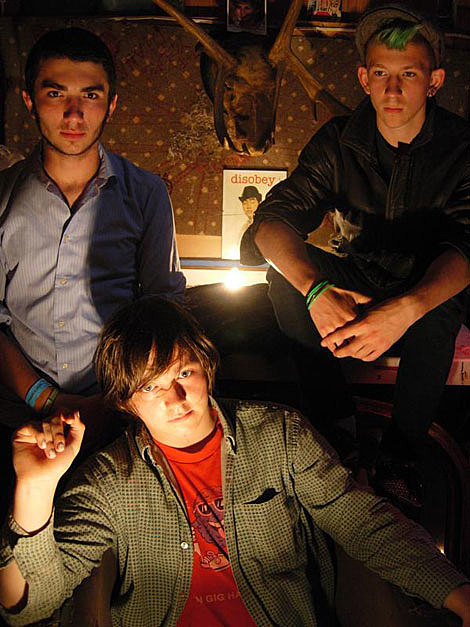 London's Stolen Recordings (not to be confused with Ultragrrrl's Stolen Transmission) is one of the cooler small UK indie labels, having released some great records last year including Pete and the Pirates' Little Death which made my Best of 2008 list. Like seemingly everyone in the music industry, the label is going to have a showcase at next month's South by Southwest Music Festival in Austin, TX, featuring almost their entire roster: Pete & the Pirates, Let's Wrestle, My Sad Captains, Screaming Tea Party and Artefacts for Space Travel. It's Thursday night at Wave Rooftop if you're interested and are attending.

While none of Stolen Recordings records have gotten released in America, you can get almost all of them on Emusic if you subscribe to that. For those in NYC, we get our own mini Stolen Recordings showcase soon, featuring two of the label's groups - Let's Wrestle and Screaming Tea Party. They both will be playing a handful of shows here before they head to Austin.

Let's Wrestle are punky, shambolic, and pretty irresistible. Check out "I Won't Lie to You" at the top of this post, it's probably the band's most well-known song to date and is indicative of singer Wesley Patrick Gonzalez's lyrical style that is both funny and self-deprecating, a style somewhere between Los Campesinos and Art Brut. ("No matter how many records I buy, I can't fill this void.") Their EP from last year, In Loving Memory Of, collected some of their best songs though not "Song for an Abba Tribute Record" or "I Wish I was in Husker Du" two songs that are worth searching for. Maybe they'll show up on their debut, In the Court of Wrestling Let's, when it comes out later this year.

Let's Wrestle are playing four shows in NYC, including one at Maxwell's, one opening for Black Lips at Music Hall of Williamsburg (tickets), and, as previously mentioned, one opening for Pains of Being Pure at Heart at The Bell House (tickets). Pains and Let's Wrestle will also do a few East Coast dates in addition to the Brooklyn show. All dates are at the bottom of this post. 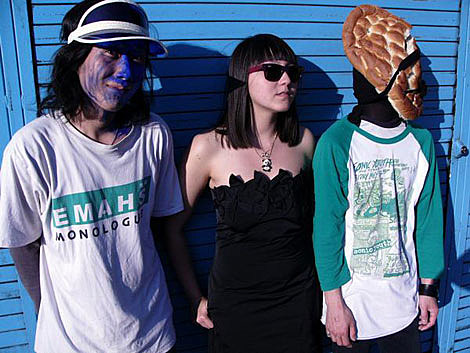 Tokyo via London trio Screaming Tea Party get compared to Sonic Youth and the Jesus and Mary Chain a lot, and there are plenty of buzzsaw riffs, shouty choruses and blasts of noise to be found on their debut EP, Golden Blue, though they made me think of early-'90s band Daisy Chainsaw, if you remember them at all. Judge for yourself: their single "I'd Rather be Stuck on the Stair Rail" can be downloaded at the top of this post. Screaming Tea Party have three NYC shows -- though none on the same bill as Let's Wrestle -- including stops at Cake Shop, Fontanas, and the Crashin' In pre-SXSW party with Depreciation Guild, Mirror Mirror and We Are Country Mice at Public Assembly.

Full details at the bottom of this post, along with some videos...

Let's Wrestle - I Won't Lie to You

* w/ Pains of Being Pure at Heart

Screaming Tea Party - I'd Rather Be Stuck on the Stair Rail