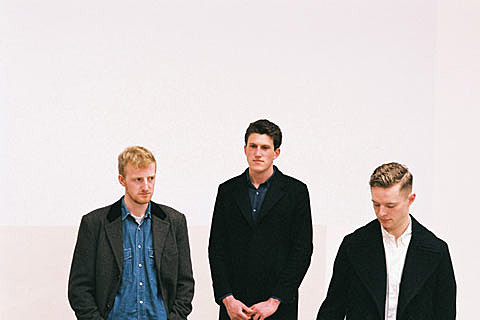 Cloud Castle Lake released the Dandelion EP in 2014 which drew comparisons to Sigur Ros and Radiohead and you can stream it, and this year's "Glacier" single, below. Their other CMJ shows include The Flat on October 14 (6:45 PM) with Her Royal Harness, Miya Folick and Avec Sands; and then a free show that same day (10/14) at The Delancey which is an all-Irish lineup with Fang Club, Sleep Thieves, Ham Sandwich and Le Galaxie.