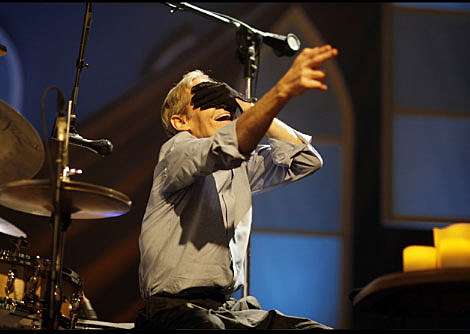 The Black Crowes will record new, original material for an upcoming album during four sold-out concerts at Levon Helm Studios in Woodstock, New York, in February and March. This run of performances at the recording studio built decades ago by the 2008 Grammy winner and former drummer for the Band are being billed as "Cabin Fever Winter 2009." The shows on February 21, 22, 28 and March 1 sold out in less than two days.

Levon Helm (and band) is playing the Beacon Theatre in NYC on March 5th & 6th. Tickets go on Concertmaps presale Wednesday at 10AM. Tickets go on Ticketmaster Am Ex & "Venue" presale two hours after that, and then finally on regular sale Saturday at 10AM.

The Levon Helm Band is also playing Wellmont Theatre in Jersey on February 7th. All dates, including a bunch of Rambles, below...