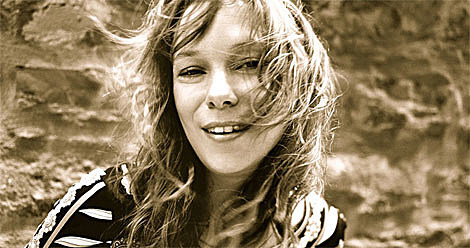 The singer Lhasa de Sela passed away in her Montreal home on the night of January 1st 2010, just before midnight.

She succumbed to breast cancer after a twenty-one month long struggle, which she faced with courage and determination.

Throughout this difficult period, she continued to touch the lives of those around her with her characteristic grace, beauty and humor. The strength of her will carried her once again into the recording studio, where she completed her latest album, followed by successful record launches in Montreal at the Théatre Corona and in Paris at the Théatre des Bouffes du Nord. Two concerts in Iceland in May were to be her last.

She was forced to cancel a long international tour scheduled for autumn 2009. A projected album of the songs of Victor Jara and Violeta Parra would also remain unrealized.

Way too too young. RIP Lhasa. Videos below...