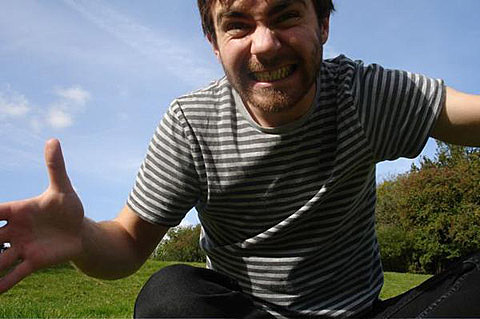 Accenting the end of several of his tracks by attacking a drum kit set up stage right, Finn unleashed a torrent of heartsongs that were anything but subtle and soft-spoken. Eddie Vedder brought him along as an opener on his 2009 solo tour, and the raw talent the man has with an acoustic guitar, a loop pedal and a microphone is enough to tempt any aspiring musician give up the craft for good, knowing their natural talent will never reach his." -[Crave Online]

Liam Finn has been out on tour since SXSW, and arrives in Brooklyn to headline The Bell House TONIGHT (4/9). All tour dates are listed below.

Liam Finn is prepping to release his new LP, FOMO, via Yep Roc on June 21. The LP features "The Struggle" amongst its ten tracks which are listed below with a stream of that song. 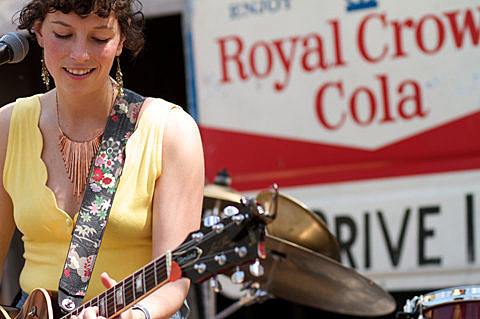 Opening the Brooklyn show and other shows on the tour are Montreal's The Luyas who will stop back in NYC on Tuesday, 4/12, for their own show at Pianos w/ Sherlock's Daughter, Young Magic, Zambri, and Emily Reo. All tour dates (including a European jaunt with the Dodos) are listed below. And...

"If that weren't enough, Record Store Day, April 16, brings you the Luyas' new exclusive split 7-inch with close friends Twin Sister. The record contains two new songs: the Luyas' "When I Am a Woman" and Twin Sister's "Meet the Frownies." Twin Sister's track was recorded for the wonderful Weathervane Music project.

Look for that 7" at a record store near you on 4/16. The art is below, and don't forget that Twin Sister has a big Brooklyn show coming up too (and is playing Pitchfork and Culture Shock).

All dates, the other stuff, and The Luyas' new video for "Too Beautiful To Work," below... 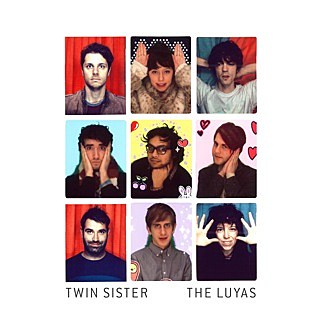 The Luyas | Too Beautiful To Work