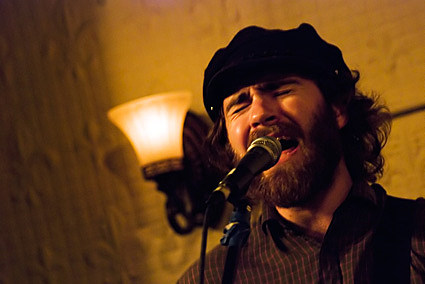 Liam Finn (son of Neil) began his set to a small audience (an un-crowded house?) last night (Feb 26, 2008) at Sound Fix in Brooklyn (sans Eddie Vedder). He began his set with somewhat slow, folk songs which soon progressed into his own unique sound. Organized chaos can be used to describe some of Liam Finn's songs, where Ben Gibbard-esque vocals are met with sharp cadences and brief guitar riffs. Between songs the audience was amused with Finn's first taste of Brooklyn Lager and his aspirations to move to New York in three or maybe five years time. As the songs evolved and progressed, the audience also grew in size. His pleasant stage presence and unique songs make Liam Finn someone to watch in the future.

Liam is on tour with Pela (and eventually Eddie Vedder). He plays Music Hall of Williamsburg in Brooklyn with Pela & Apollo Sunshine tonight (Feb 27, 2008). More photos from Sound Fix below..... 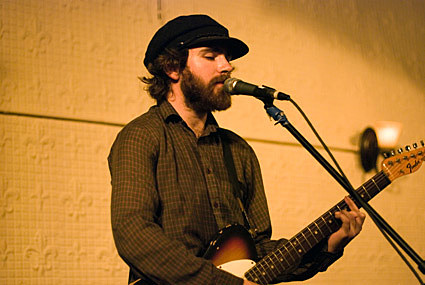 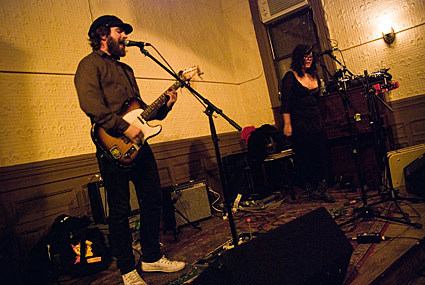 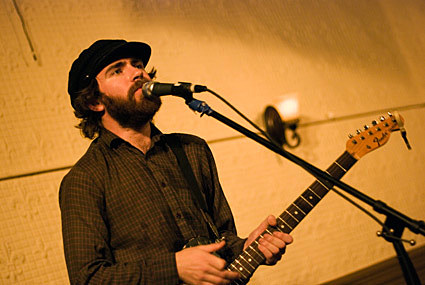 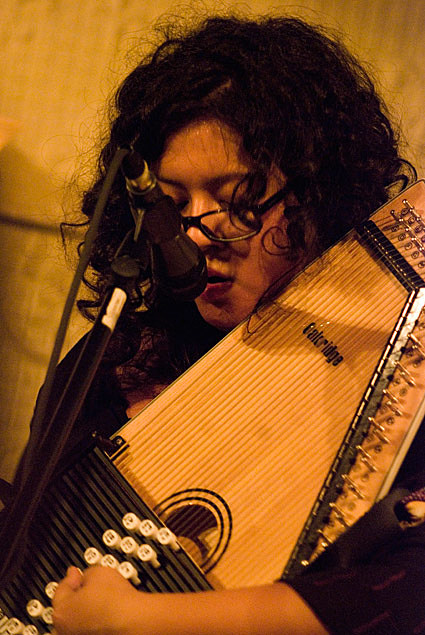 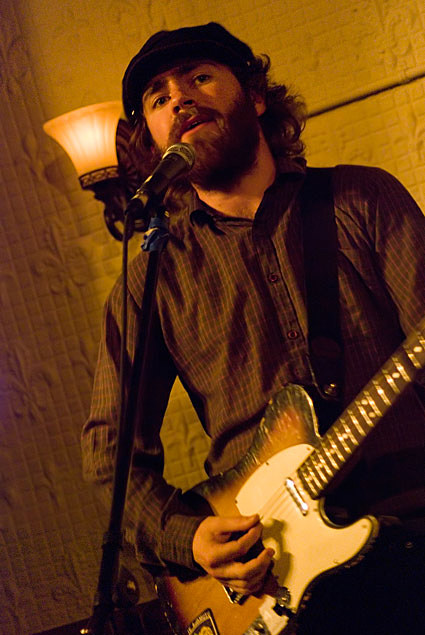 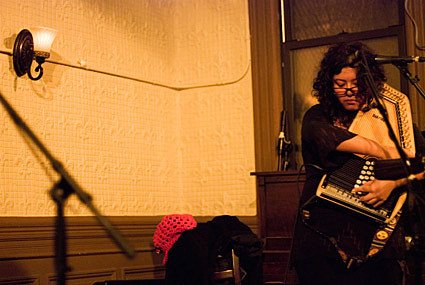 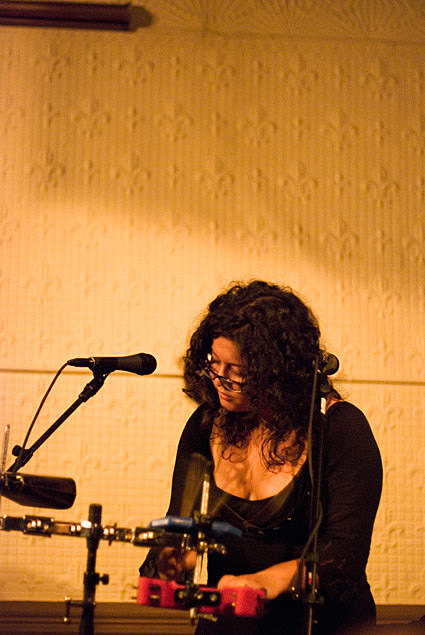 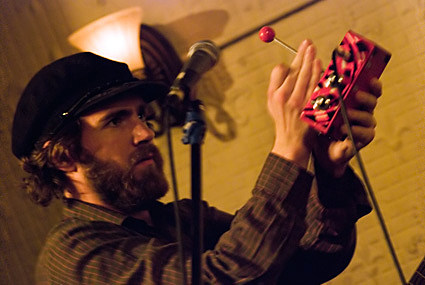 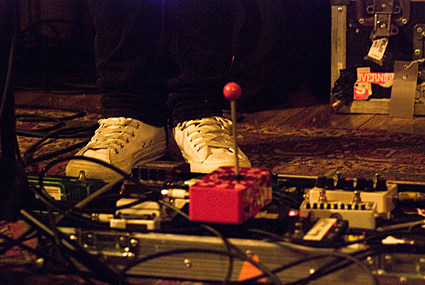