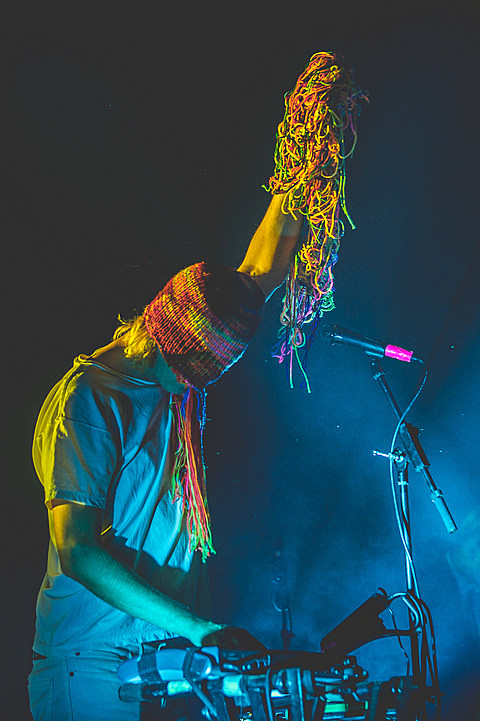 Liars never ever sound hollow. There's a fine line between wankery and worthy experimentation, and thanks to their passion, Liars always make for a worthy live show. It doesn't matter if it's not your cup of tea, and you spent all day catching the deciduous vibes of campfire acts like Woods. Seeing three compelling weirdos go nuts on stage will always cast an impressive silhouette.

There was a moment towards the beginning of their set when the power snapped off and they spent a few minutes working out the problem. Once it was figured out, Angus reengaged the crowd with a couple old-fashioned "How are y'all doing tonight?1" calls. That's right, for a few moments a noise band cared about its audience. - [Austin Chronicle]

Liars headlined the first night (5/2) of the 2014 Austin Psych Fest. It was one of the first times the band -- which now includes Pit Er Pat's Butchy Fuego on drums -- have performed since releasing Mess, their terrific, accessible, danceable new album. Pictures from Psych Fest are in this post.

If you'd like to see Liars at The Wick for free, we're giving away a pair of tickets. Details on that, plus more APF pics, below... 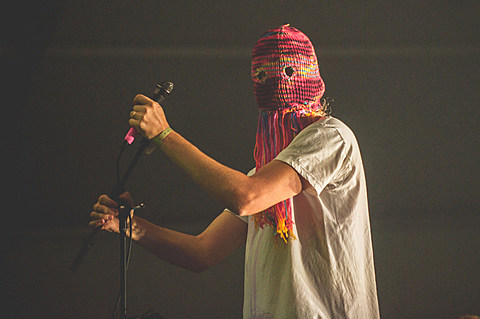 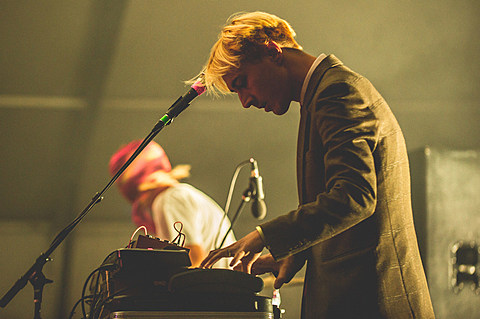 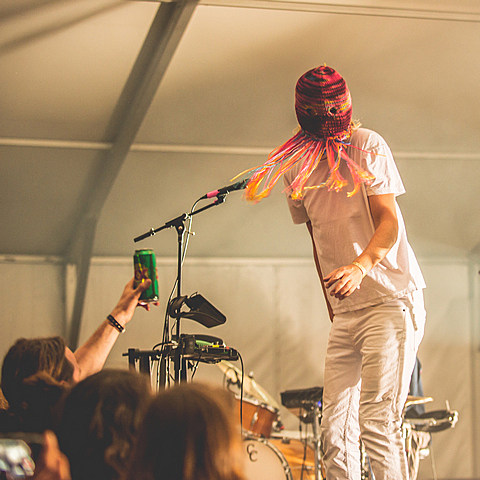 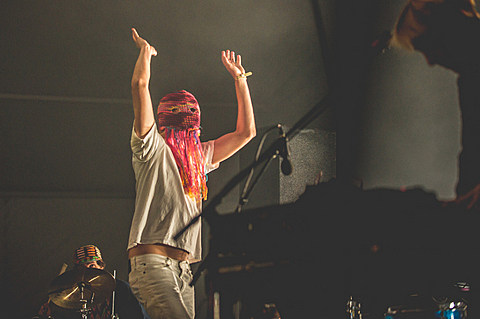 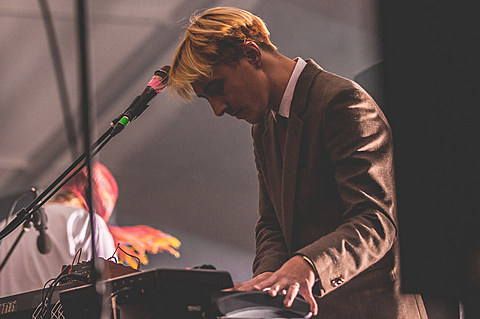 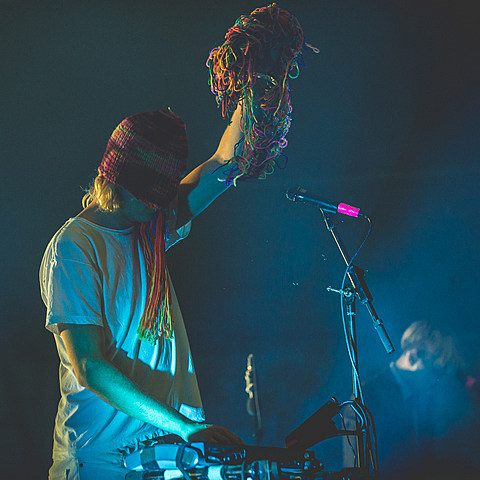 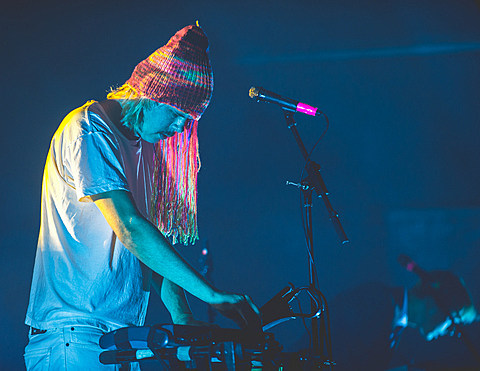 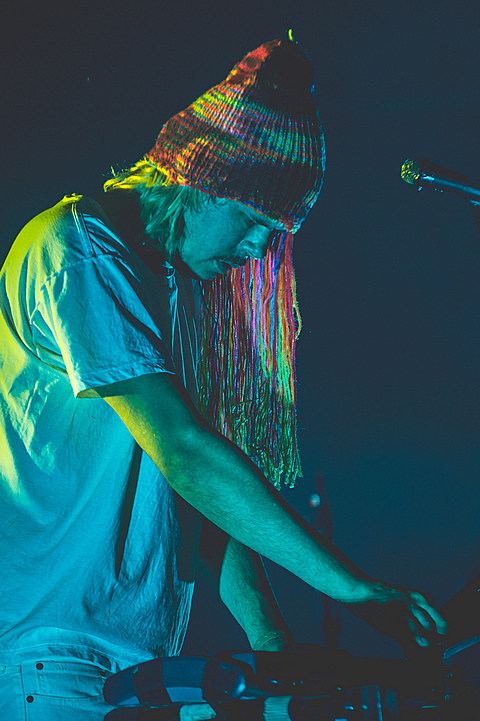 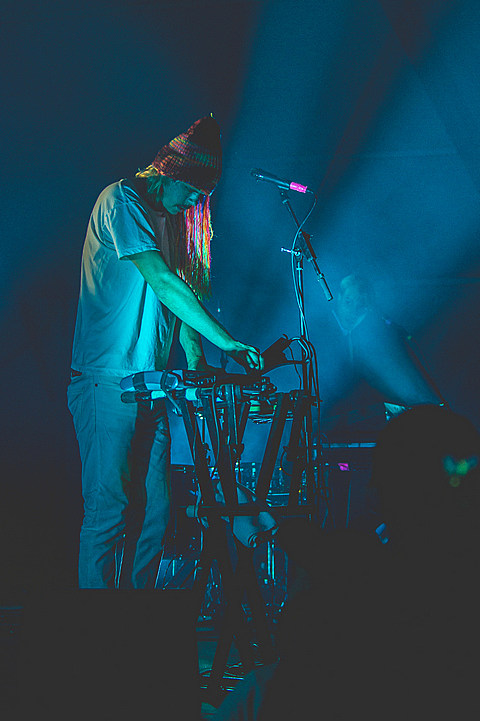 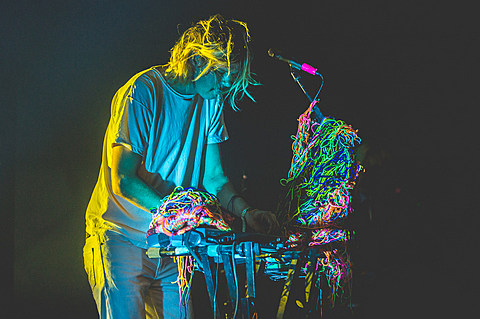 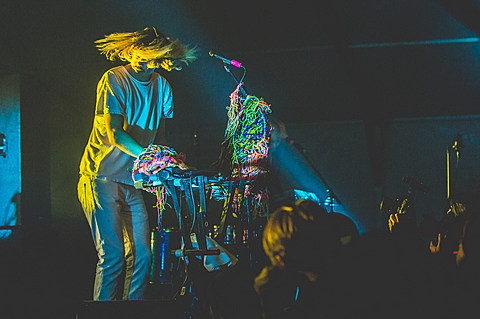 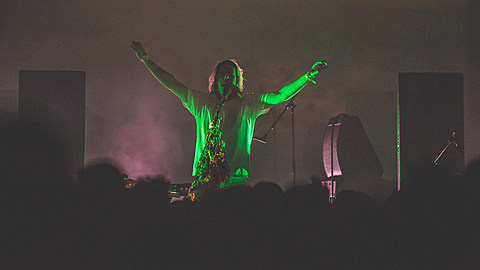 ======================
For a chance at winning a pair of tickets to see LIARS AT THE WICK: either tweet something that includes both @BrooklynVegan AND "LIARS" in the tweet, or send an email to BVCONTESTS@HOTMAIL.COM with the subject line "LIARS". Include your first and last name in the email. We'll pick a winner at random and contact them with more details. If you enter by email, it will not be shared with anyone else. Good luck!
======================