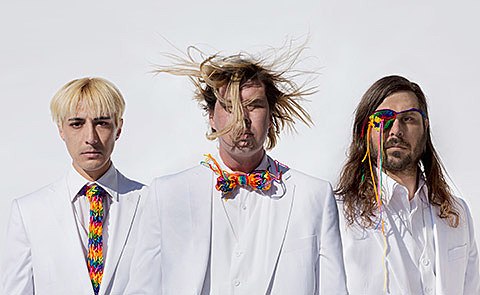 Liars will release their terrific new album, Mess, on March 25. There's some undeniable industrial/EBM influence on this one, but at the same time it's their catchiest, most immediate record in ages. (It's really good.) You can stream single "Mess on a Mission" and the Silent Servant remix of it below.

Liars are playing Austin Psych Fest and Sasquatch in May and in between those fests they'll playing a few shows, including two in NYC: Le Poisson Rouge on May 8 and The Wick on May 9. Tickets to both LPR and The Wick are on sale now.

All Liars dates are listed, along with streams, below...