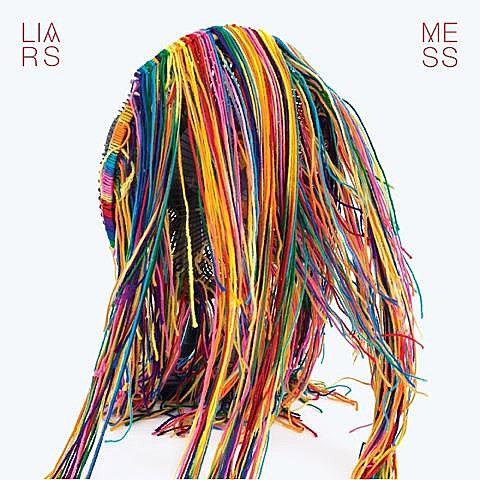 Liars will release their seventh album, Mess, via Mute Records on March 25. That's the cover art above and tracklist is below. Following 2012's glitchy, introverted WIXIW, frontman Angus Andrew says this one is quite different:

We are a reactionary, or maybe a better word is schizophrenic band. We go from one extreme to the other. Working on the last record was really doubtful and paranoid, and that's fine, but it just meant that when work started on this one, it was the exact opposite. It was way more instinctual, fun and confident.

The first single, "Mess on a Mission," definitely backs that statement up, it's a real banger, the kind we haven't heard Liars do in a while. You can stream it below.

While a tour is promised for later this year, Liars' only dates at the moment are appearances at Palm Spring's Desert Daze Festival April, and Austin Psych Fest in May.

"Mess on a Mission" stream, album info and video teaser, below...