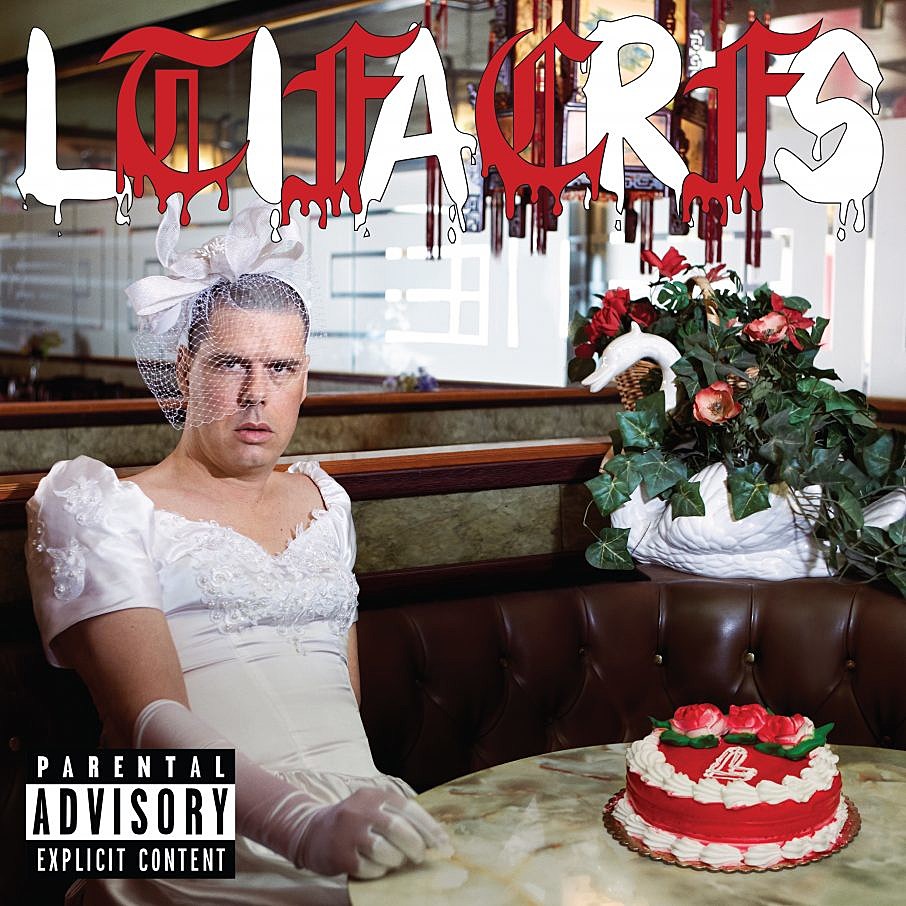 Liars' new album TFCF is out August 25 on Mute, and was mostly made by Angus Andrew on his own. It's dark and somber and decidedly less full of bangers than 2014's Mess. (Not really surprising: Liars have yet to make the same record twice.) You can check out two new tracks from it right now. "Coins In My Caged Fist" might be a banger in some David Lynch world where nightmare glitch is Top 40 radio; while "The Grand Delusional" is more folk noir. You can listen to both below.

Folks in NYC can here the whole record at a TFCF release party which happens at Brooklyn Bazaar on August 28 that features a DJ set from Angus Andrew. It's free and all-ages -- you do need to RSVP.

Meanwhile, Liars begin their world tour this weekend in London, and will be in North American soon, including a NYC show at Warsaw on September 21 with Yvette, which is a pretty great double bill (tickets).