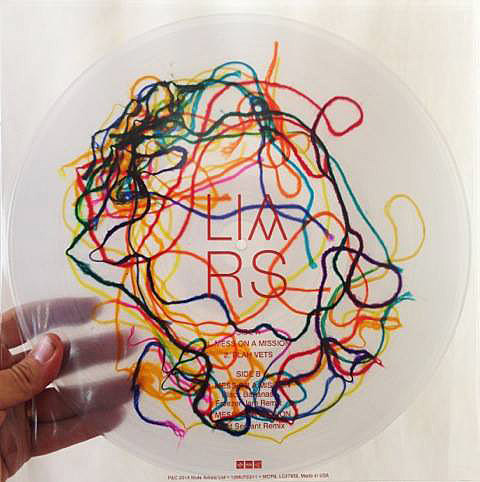 Owing a whole lot to late '80s EBM, New Beat and industrial while sounding very much in the now, Liars' new album, Mess, is their most immediate and danceable in ages. (It's also, for what it's worth, my favorite of 2014 so far.) If you've had "Mess on a Mission" on repeat and have wanted more, the whole Mess is streaming over at NPR and the album's out next week (3/25).

In other news, Liars will release "Mess" as Record Store Day 12" on clear vinyl that has colored yarn imbedded in it. That's what it looks like above. There is also a new Black Bananas remix of "Mess on a Mission" which you can stream below.

You can also catch Liars live in NYC in May where they'll play Le Poisson Rouge (5/8, tix) and The Wick (5/9, tix). The band have added a few other select shows to their schedule since we last posted and updated dates are listed, along with streams, below.