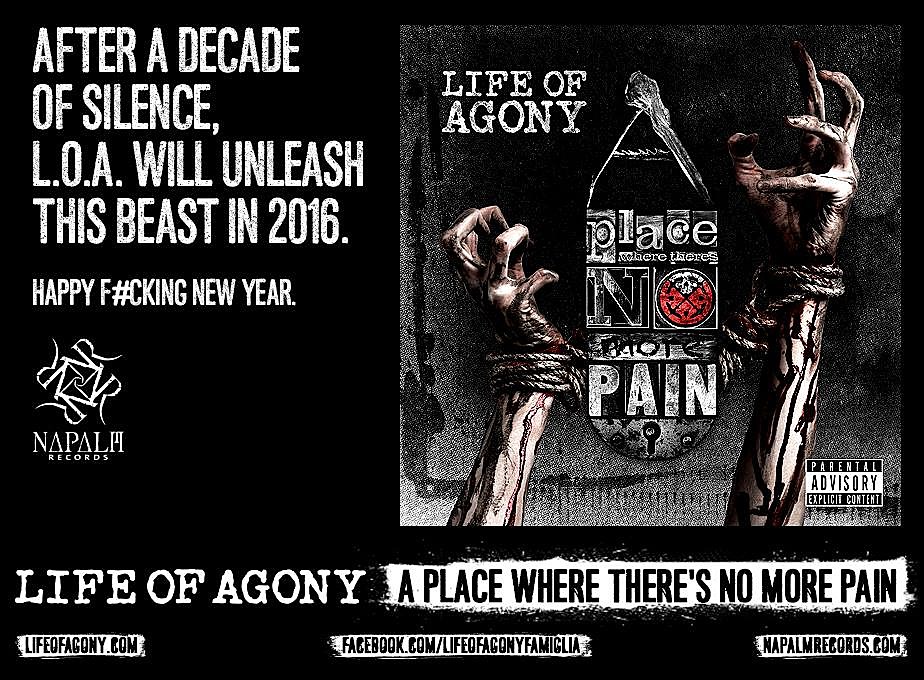 Since vocalist Mina Caputo (who was known as Keith Caputo at the time) first left Life of Agony, shortly after the release of 1997's Soul Searching Sun, the band have reunited more than once, but usually just to play shows (which are always heavy on the material everyone loves from their classic first album River Runs Red).

Their big January 2003 reunion shows at Irving Plaza were especially glorious for the band and fans, though the excitement for many was short lived. In 2005 they released a new album called Broken Valley on Epic Records. It wasn't very successful, they were dropped from the label, and many fans were left with a bad taste in their mouth.

They didn't go away though and 2014 was an especially great year for them. Still with the complete original lineup, made even more complete with the fully transitioned Mina Caputo, their shows have been especially great again (two in their hometown of Brooklyn included). I guess it's not too surprising then, that Life of Agony will again give new material a try.

A Place Where There's No More Pain will hit sometime this year via Napalm Records, their first new material in over 10 years.

And now the band has come back to stay, as they are about to continue touring the world and release their 5th studio album, the first in over a decade, since 2005's Broken Valley.

Bassist Alan Robert comments: "I think our fans know that our music comes from a very real place of suffering, from all of us in the band. Many of our fans have told us over the years that sharing our personal struggles has been cathartic for them in healing the pain in their own lives. That uplifting energy we share at the shows, gives us hope that there's light at the end of the tunnel. And for us and hopefully our fans, that short time when we're all together is a place where there's no more pain."

"Life Of Agony is without a doubt one of the most exciting and energetic Rock bands of our times. It is an honour to work with such talent, we are excited to announce their signing to Napalm Records and release the band's first album after over a decade." states Thomas Caser, CEO of Napalm Records, about the recent signing with legendary LIFE OF AGONY.

No word yet on more U.S. shows, but we can assume this means there will be some of those on the way. They just played one at Starland Ballroom in early December. Check out a Scott Weiland tribute they did and more videos from that Mina birthday show, along with a bigger version of the new cover art (presubaly designed by bassist and comic book artist Alan Roberts), below... 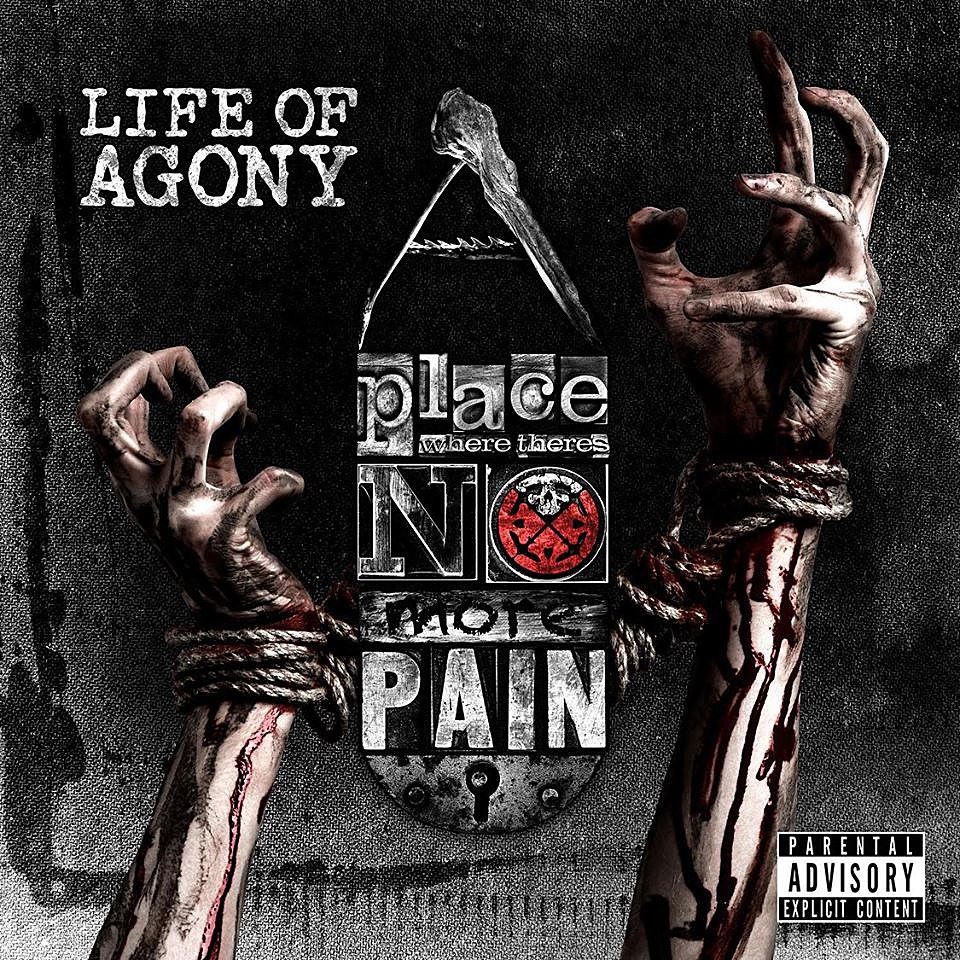 Tour dates at their site.