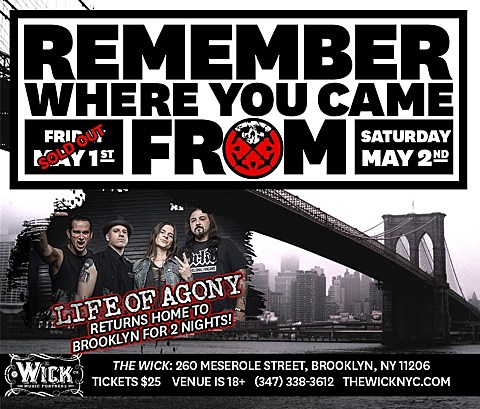 Life of Agony recently announced that they're playing their first hometown Brooklyn show in a while on May 1 at The Wick. That show sold out, but Mina Caputo & co. have now added a second night happening May 2 at The Wick. Tickets for the newly-added date are on sale now. That's the new flyer above. Updated dates (including a few festivals) below.

In somewhat related news, Black N' Blue Bowl -- which happens that same month at Webster Hall with Crumbsuckers, Madball, Sick of It All and more -- announced its full lineup and put tickets on sale over the weekend.