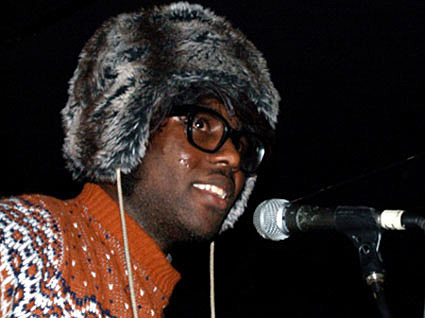 This show tonight...a sold out show by Lightspeed Champion at the Mercury Lounge...could be one of my most favorite shows in the city in a long time. Maybe it is because Falling Off The Lavender Bridge is already gunning for top spot on my "best of 2008" list and as such has made me look forward to this show with great anticipation. Maybe it is because "Midnight Surprise" can't be played enough recently by me; it is definitely one of the best 8 minute tracks of recent memory. Could be both. I don't know. But I do know I will do my best to try to relive this experience next week at SXSW like 12 times. [Fresh Bread]

He covered the Strokes' "Heart In A Cage" and Olivia Newton John's "Xanadu." He plays Philly tomorrow, and a show in Brooklyn on Saturday night.

A few hours later a couple of his labelmates played a last minute gig down the street at Cake Shop.... 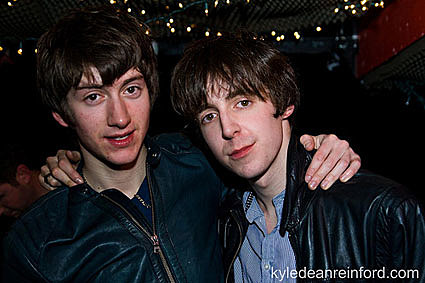 very good last night, much louder than in brooklyn.

same set list, and the guys hung out in the crowd afterwards like the night before too [anon]

Hey Hey My My opened for Lightspeed Champion @ Mercury Lounge, and later that night The Slits played the same venue.