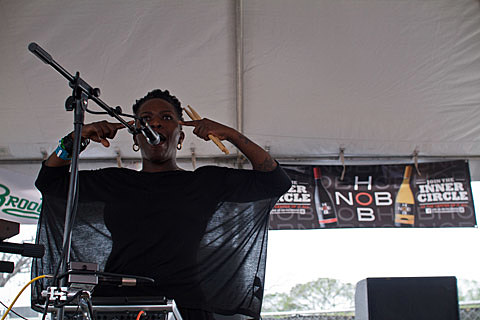 Brooklyn's Light Asylum, who played a record release party for their self titled debut LP (which you can stream at Spotify) at LPR last week, are hooking up with fellow synth goth duo TRUST for some dates this summer surrounding both bands' appearances at Seattle's Capitol Hill Block Party. The dates include a Brooklyn show happening at Music Hall of Williamsburg on July 8. Tickets go on sale Friday (5/11) at noon with an AmEx presale starting Wednesday (5/9) at noon. A full tour hasn't been announced but all currently known dates are listed below.