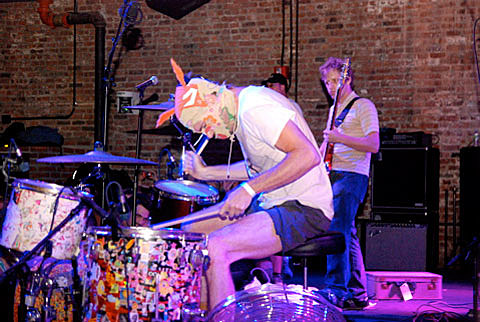 Tickets are "going fast" for the 4/27 Lightning Bolt show that was announced at Club Exit in Greenpoint but will actually go down at 285 Kent Ave (where Todd P says it actually always was). Head down to Record Grouch Records to get your tickets before they disappear. The show will feature support from Humanbeast, DOGLEATHER, and 80's Hardcore.

Tickets are also still available for Lightning Bolt's appearance at Le Poisson Rouge the next day (4/28) with Pterodactyl.

All remaining Lightning Bolt dates, and some videos, including footage from their recent set at Coachella, below.