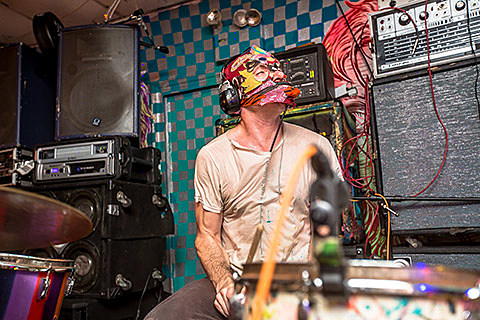 Lightning Bolt's new album, Fantasy Empire, is out March 24 via Thrill Jockey and the band have just released the first track from it, "The Metal East," which is intense and punishing, as you'd expect from this pair. Stream it below.

This spring, Lightning Bolt will head out on tour that includes a visit to Austin Pysch Fest Levitation, and concludes with two NYC shows: May 15 at The Wick and May 16 at Le Poisson Rouge. Tickets to both NYC shows go on sale Friday (2/13) at 10 AM.

No openers have been announced for the NYC shows but METZ and Liturgy are playing other sections of the tour. All dates are listed below.