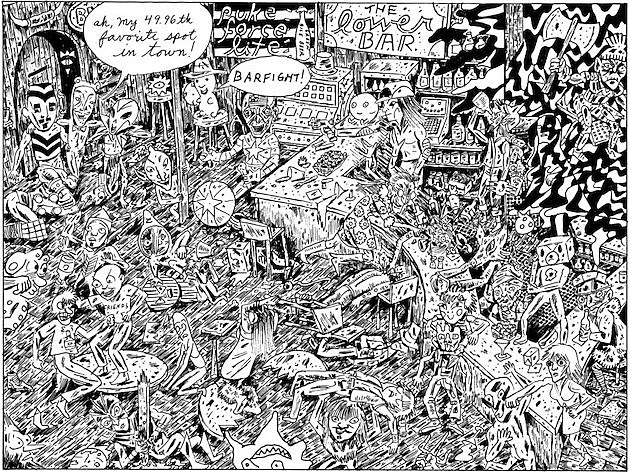 I have this city. It's called Grave City, and Puke Force is really a snapshot of what's happening in this city. The overarching good-guy/bad-guy story, which there is one, is that there's these teams of weirdos that live in their secret headquarters, and they're kinda crime-fighters. All the evil comments on YouTube or whatever website, all those evil comments, are personified, too. They're this weird black pudding that sucked people in and made them say horrible things and do horrible things. In the background there's this evil digital community versus a maybe good community.

It's a lot of satire, it dips into politics in various ways. It's a ramble. It's if you just took a camera and walked through the city, and you managed to hit peaks of activity over the course of a few weeks. That's kind of what it is. It's a bit of a portrait of a place and a time that's satirical and kind of violent. And funny, really fucking funny. [Laughs.] -- Brian Chippendale [via Vulture]

Lightning Bolt/Black Pus' Brian Chippendale isn't just a great, gonzo drummer, he's an accomplished visual artists as well. Among his works is comic Puke Force which, as you can see above, looks like what his drumming sounds like: crazed. He's been drawing it since 2009 and a collection has just been published by Drawn & Quarterly.

Brian is currently on a book tour promoting Puke Force, which started in Montreal on Thursday (2/17), is in Toronto tonight (2/18), and will be at Brooklyn's Desert Island Comics on Friday (2/17) at 7 PM. Free.

All Brian Chippendale book tour dates are listed below. 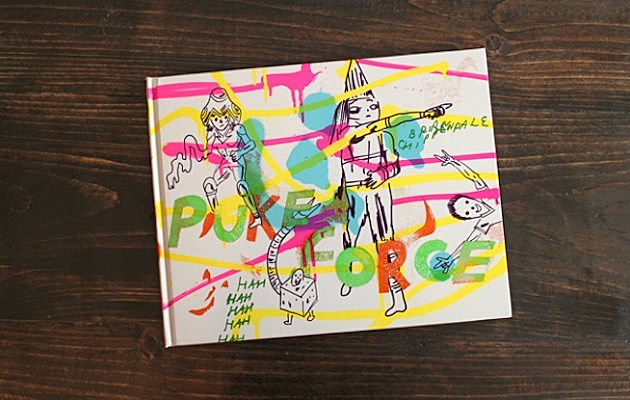