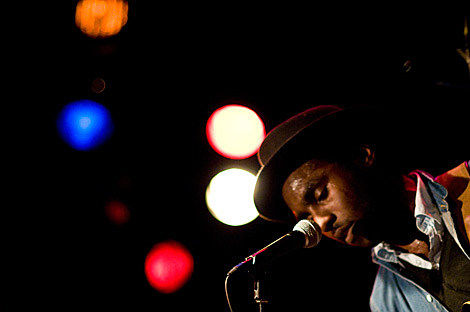 Lightspeed Champion's second LP, Life Is Sweet! Nice to Meet You, is coming out in the US on February 16th (Feb. 1 for UK) on Domino Records. Behind the controls for the album is producer Ben Allen, whose past work includes Gnarls Barkley and his label-mates Animal Collective's Merriweather Post Pavilion.

Before the record is out, you can catch Dev Hynes & band at Bowery Ballroom in NYC on Thursday, January 21st. Tickets for the show are on sale now.

He put out a video for the album's first single "Marlene," which will be released on a 10" paired with covers of Serge Gainsbourg's "69 Année Érotique (feat. Valentine Fillol-Cordier)" and '50s singing trio the Fleetwoods' "(He's) The Great Imposter." The video and single info are below.

Despite having recorded Life Is Sweet! in early 2009, Hynes has a had a busy year, both home recording (which he's been sharing online) and performing unique shows, like covering Cat Stevens's soundtrack to Harold & Maude live with the film.

A full detailing of what he's been up to (including working with Solange Knowles (who isn't?), Basement Jaxx and Van Dyke Parks), the new video and new album info are below...

What Lightspeed Champion's been up to...

The extensive touring [in 2008] had ravaged his throat, and in December he underwent surgery that left him unable to speak for weeks, incapable of anything but whispers and scowls for a good while after that. So he scorned the world, holed up in his apartment, and began writing Life Is Sweet! Nice to Meet You. It was finished by March.

He also blogged profusely, wrote short stories, and began work on a comic book with his girlfriend, graphic designer Nicole Michalek. The blog has been read by over 300 million people (guesstimate - official numbers unavailable); the stories will be made available by Domino in late 2009 as a collection called Bad Era of Me (an anagram of 'Boa: Mad, Free', perhaps coincidentally); and the comic book, Juice This!, will be released as part of CTRL ALT SHIFT's campaign exploring corruption in November. That's just the non-musical stuff, of course. New paragraph!

Dev's musical drive - his need to remain musically active - is more apparent than the hat on his head. He's often not wearing a hat, for one thing - he is always, always making music. During the last year alone, Dev:

- performed Cat Stevens's soundtrack for Harold & Maude at a special screening by the British Film Institute.
- sang songs from Moondog's Sax Pax for a Sax with the London Saxophonic at London's Barbican Centre on the 10th anniversary of the composer's death.
- arranged for and sang with The Britten Sinfonia orchestra, conducted by André De Ridder and Andi Toma.
- co-wrote with legendary composer and arranger Van Dyke Parks, the fruits of which will see release in the near future.
- wrote and recorded with Basement Jaxx (see My Turns, the new single from their recent record).
- wrote and recorded with Solange (sister of Beyoncé, a well known R&B performer).

He also covered, this year, something like thirty records in their entirety - recorded them and everything - while sitting around his apartment (his latest, as of this writing, is Todd Rundgren's A Wizard A True Star). These covers are rarely heard by another soul, although in 2007 Dev put his Nimrod take on Myspace (Green Day continue to nurse their cover of Falling off the Lavender Bridge). He also started a new solo project called Blood Orange (a "slightly disco Chris Isaak Oriental thing"). He also scored an album for two cellos, which he aims to release in 2010. CHRIS CAIN/Lightspeed's MySpace

Dev and Florence and the machine random footage 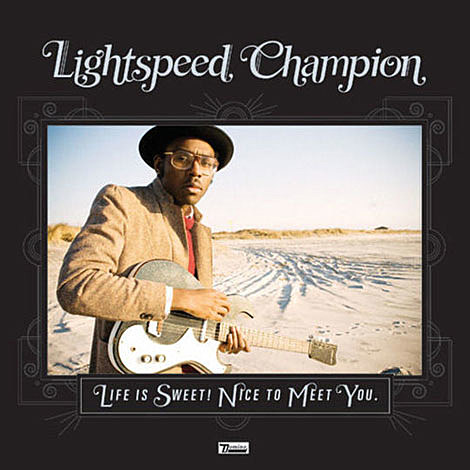