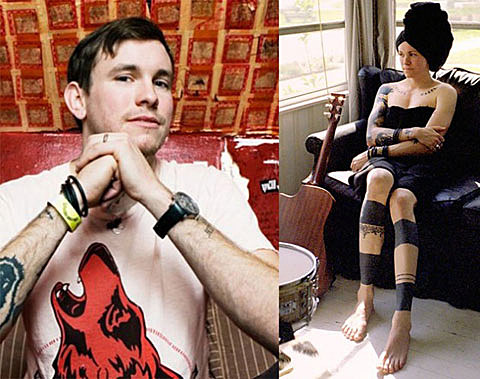 Following in the footsteps of Life of Agony's Keith Caputo (who now goes by Mina), Against Me! frontman Tom Gabel is coming out as transgender. Rolling Stone reports:

Against Me! singer Tom Gabel reveals plans to begin living as a woman in the new issue of Rolling Stone. Gabel, who has dealt privately with gender dysphoria for years, will soon begin the process of transition, by taking hormones and undergoing electrolysis treatments.

Gabel will eventually take the name Laura Jane Grace, and will remain married to her wife Heather. "For me, the most terrifying thing about this was how she would accept the news," says Gabel. "But she's been super-amazing and understanding."

Against Me! will soon hit the road with The Cult and hit Terminal 5 in NYC along the way.

Tom recently played two shows in NYC as part of the Revival Tour with Chuck Ragan and others.

Chuck Ragan's band Hot Water Music has some shows coming up and a new album.