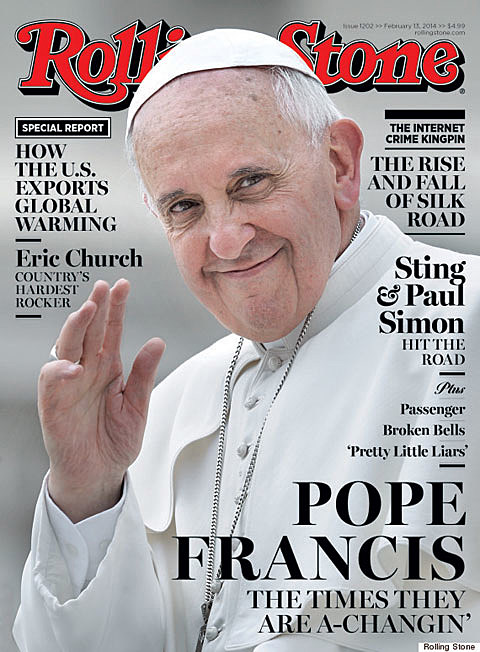 A two-hour pre-Mass show will keep the [Madison Square Garden] audience engaged as people wade through metal detectors and Francis wends his way downtown from East Harlem. The organizers are calling the [Friday, 9/25] show "A Journey in Faith," a sequence of videos, catechesis, prayer and performances by, among others, Harry Connick Jr., Gloria Estefan and Jennifer Hudson.

The program will also include a recitation of the rosary, with 10,000 rosaries available for sale.

No alcohol, but unlike Morrissey, the Pope is apparently cool with hot dogs. Oh, and Billy Joel was originally supposed to play the Garden for like the millionth time on that date, but Billy now has 9/26 instead (who's in for both nights??).

The Pope, currently in Cuba, arrives in NYC on 9/24, and will also cause traffic jams around St. Patrick's Cathedral, the United Nations, the 9/11 Memorial, Lady Queen of Angels School in East Harlem, and Central Park before heading to Philadelphia, where Sister Sledge will perform for him.