photo: Like Rats in Chicago in 2012 (more by Jimmy Farabi) 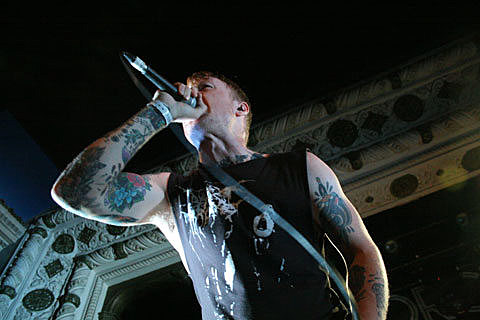 Chicago death metal beasts Like Rats have a new album called II on the way via new label Southern Lord (they were previously on A389). We're premiering the first single from the album (which is the last track), "Grief Incarnate."

Like Rats share members with powerviolence outfit Weekend Nachos (who are currently on their final tour), and also they share that band's tight songcraft and ferocious delivery. Calling to mind their contemporaries in Black Breath, Like Rats turn their focus to offering their own furious hardcore-inflected version of the crushing death metal of the likes of Entombed, Obituary, and Death. "Grief Incarnate" is a crusher of a riff-delivery device, a consistent head-bobber of the highest order.

II is out March 25 via Southern Lord. The CD version is just called Like Rats and it includes II plus every other song they've ever recorded (pre-order). Stream "Grief Incarnate" below...